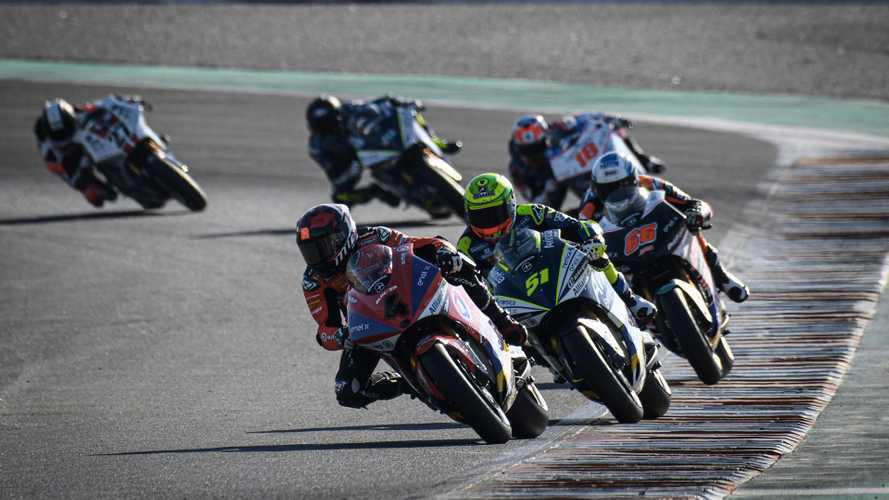 MotoE is finally ready for its first season to begin.

The first electric motorcycle series to hit the track faced its fair share of challenges. The main one, of course, was the fire that ravaged the MotoE paddock back in March and destroyed the entire fleet of racing bikes. Organizers scrambled to reorganize the already limited calendar while Energica rushed to replace all 18 bikes. Well, it’s mission accomplished!

After what was likely a rollercoaster of emotions for organizers, teams, racers, and manufacturers is finally coming to an end. Less than four months after the Jerez incident that forced the season opener to be canceled, the FIM Enel MotoE World Cup series is back on track. The specially prepared Energica Ego Corsa will hit the track this weekend at the Sachsenring alongside the MotoGP crew.

This weekend marks the beginning of the first electric motorcycle racing series ever created, an event that will enter the motorsport history books. The track is very technical with a number of bends and twists that should allow the very agile Egos to show what they are capable of. While the race will be mostly silent, without the usual sound of high-revving mills, the bikes are fast which should result in an exciting race.

A number of racers have made promising debuts during the rounds of testing that took place at the Ricardo Tormo Circuit in June. Riders including  Eric Granado, Bradley Smith, Niki Tuuli, and Hector Garzo have shined during the tests and are expected to offer quite the performance during the race.

The updated calender will then take the series to the Red Bull Ring in Spielberg, Austria in August, then the Misano World Circuit in September. The opening season will end at the Circuit Ricardo Tormo in November. The bikes will compete in a total of six races, with two taking place both during the Misano and the Valencia events. The competition is (finally) officially on!