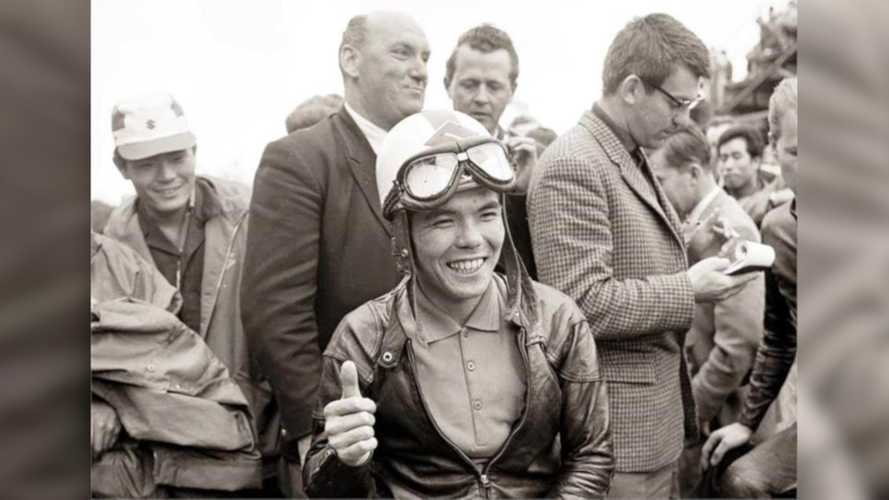 Last night, Suzuki factory racer Mitsuo Ito passed away, Team Ecstar Suzuki reported. He was 82 years old, and will be fondly remembered by race fans as an all-around great guy who loved to attend races, even long after he hung up his leathers. To date, he is the only Japanese racer to win an Isle of Man TT race, taking his Suzuki RM63 to victory in the 1963 50 TT event.

Ito was a lifelong Suzuki employee, and rode for the factory from 1959 to 1969 in both domestic and international races. In MotoGP-sanctioned events alone, he took home two victories—the 1963 TT win and a 1967 50cc win in Japan. Overall, his career netted 13 podiums across the 50 and 125cc categories.

After he was no longer racing, he spent his time in racing technology and machine development for the factory. He also trained new racers, including Kevin Schwantz. In December 2018, because of this long history, Ito was inducted into the very first Motorcycle Federation of Japan Hall of Fame.

“I am very honored to be inducted into the first hall of fame,” Ito said in 2018. “However, it couldn’t have been achieved without the teamwork of everyone, so I don’t believe that I was personally awarded.”

He continued, “It is a result of a brave decision by our second president Shunzo Suzuki, who had the foresight to participate in the TT racing, and I am honored and thankful that I was selected as a participant and was able to win the race.”

Ito’s talent extended beyond the two-wheeled world during his time at Suzuki as well. In 1970, he entered the Japan Automobile Foundation Junior Seven Challenge Cup at Mount Fuji International Speedway. It was his first and only car race—but he drove his Suzuki Fronte RF single-seater to victory.

In a promotional event, he also partnered with the legendary driver Stirling Moss, driving a Suzuki 360SS for a high-speed run between Milan and Naples along the Autostrada del Sol. Together, the duo achieved an average speed of 122.44kph (or 76.08mph).

Ito will be missed by friends, family, and the international motorcycling and racing communities.