Turn Your Kawasaki Z900 Into A Super Hot ZX-7R 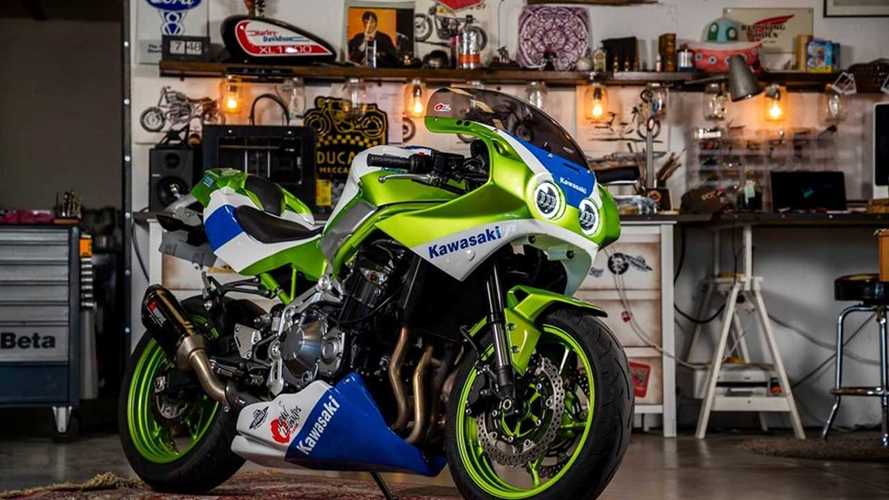 This fairing kit is stunning.

If you have always loved the looks of the early Kawasaki ZX-7R, and honestly, who didn’t, we have excellent news for you. It requires that you purchase or already own a modern Kawasaki Z900, but you were going to do that anyway right?

A Spanish company called Japan Legends has created a fairing kit to fit the new Z900, and it is gorgeous. Technically, this kit harkens back to the ZXR750. You can be forgiven for not recognizing this moniker; the bikes with that designation were not sold in the United States. Here, they were called a ZX-7R, and while the style was the same, our bikes had “Ninja” plastered all over them. Transforming your Z900 to a ZXR750 might pull the real enthusiasts out of the woodwork at every stop. Even early ZX-7Rs are rare and sought-after sportbikes. A non-US-market example is nearly unheard of on these shores. What a beauty.

While this aftermarket fairing kit is not absolutely true to the original sportbike, that’s out of necessity. The naked Z900 has a bit more junk in the trunk, shall we say, and trying to cover all of it with fairing pieces isn’t really feasible. So this kit has what you might call a bikini fairing, matched with a belly pan and full tail.

You may notice the green frame. That’s not part of the custom fairing, but the Z900 is available from Kawasaki with the frame in that color. The gas tank is a different story. The stock colors on a Z900 don’t include this scheme, but Japan Legends will paint your tank to match. The kit was designed to be “plug and play” and the conversion shouldn’t take an average mechanically-inclined rider more than a few hours, painting notwithstanding.

The Z900 does not come with green wheels, but if you ask me, that part is non-negotiable. You might want to locate your friendly neighborhood powder-coater and have your wheels done to match. It really ties the whole outfit together.

Japan Legends is coy about their pricing on their Facebook page; the kit isn't available yet but will be "soon." One commenter says they quoted him somewhere between ₠2200 and 2500, which is roughly $2400-2800 USD. They do not mention whether that includes painting the tank and wheels, but this entire thing is tempting me to find a used Z900 to fit this kit. No word on whether they’ll ship to the US but you can email them at info@japan-legends.com to inquire about that.