2020 Arc Vector: Everything We Know 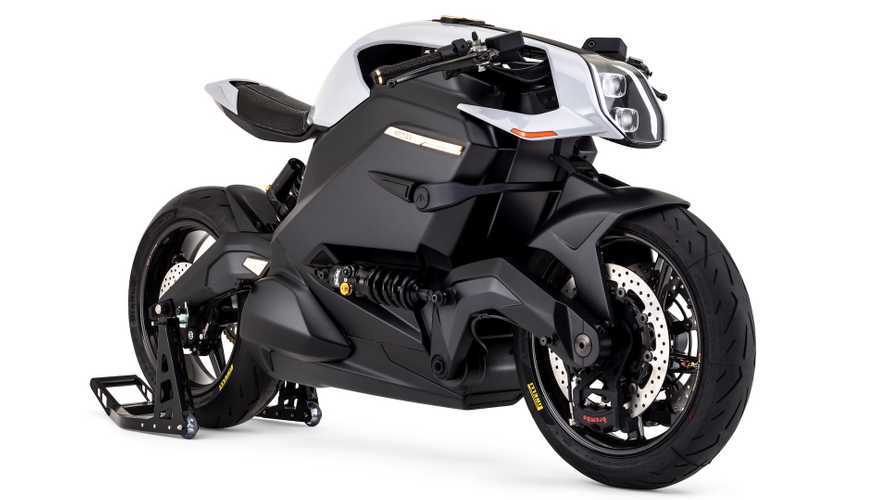 The future is now.

After a healthy dose of teasing, we finally got to lay eyes on British maker Arc’s creation: the Vector, the self-claimed most advanced electric motorcycle. The futuristic model shown at EICMA in 2018 is now ready to make a first public appearance at the Goodwood Festival of Speed. So how exactly is the Vector the most advanced motorcycle out there? Let’s find out.

Technology Comes At A Price:

Arc Vector Will Make Its Long-Awaited Debut At Goodwood

When Arc started teasing the Vector, it was just another expensive electric toy born from the fantasy of an obscure visionary. Like many electric projects out there that hit walls when ideas on paper face reality, we didn’t expect this one to make such strides. At least not enough to actually get a launch date. True enough, however, the Vector seemed to be hit all the checkpoints leading up to a 2020 availability. Great things can be accomplished when the price tag isn’t an obstacle—it was recently revealed that the Vector will be priced at roughly $114k.

What does $114,000 get you? That’s the thing: quite a bit actually. First off, the Vector will be made to measure and only 399 units will be produced—quite the specific number. Clients will be invited to work with a designer to come up with a personalized combination of colors and materials. The bike also comes with its own smart jacket and helmet for full integration of the Human Machine Interface.

Gallery: 2020 Arc Vector: Everything We Know

In fact, the gear has been designed to connect with the motorcycle. This will allow for travel information to be displayed on the Zenith helmet HUD while the haptic Origin jacket will react to road instance such as proximity warnings by producing vibrations or pressure. But it’s not all business, there’s also pleasure—Arc describes the “Euphoric” mode that involves the jacket “playing” music (likely using some form of vibration).

The bike itself also offers a number of innovations. The futuristic design is meant to emulate a neo-café racer silhouette—maybe if you squint your eyes. Underlying the design is a carbon monocoque structure with an innovative chassis that relies entirely on the battery—which in turns allow for increased energy storage capacity. The model also boasts a “patented front-end geometry”, as well as a carbon fiber swingarm, custom Öhlins TTX dampers as well as Brembo discs and calipers, teamed with an ABS system and traction control. Despite all the goodies, the Vector only weighs in at a decent 485lb.

The electric motor found at the core of the motorcycle is a 399-Volt unit that produces 138hp and a staggering 436 lb-ft of torque at the wheel. This allows the bike to run the 0 to 60 in 3.1 seconds and to reach a top speed of 124 mph. The Vector is expected to offer a range of up to 387 miles in the city (or 270 miles city and highway combined). Using a supercharger, the Vector only takes 40 minutes to charge. Selectable driving modes will alter the bike’s on-road behavior.

With the final prototype to be shown off at Goodwood, production of the 2020 Arc Vector is expected to begin soon. Online registration to get your hands on one is now open.