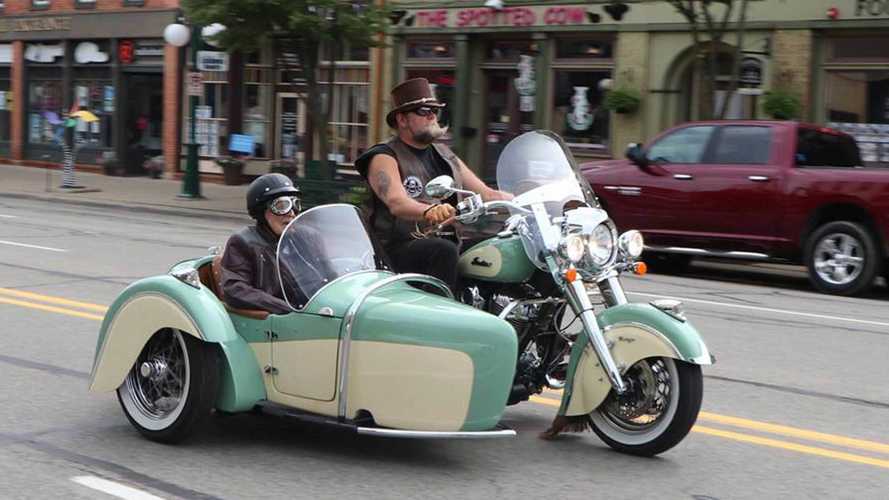 His favorite thing is still the wind in his face.

How do you thank a 100-year-old motorcycle-riding World War II veteran for their service when they can’t ride on their own anymore? In an Indian sidecar, of course—preferably, one that’s attached to a beautiful Indian like the one he used to ride back in the 1940s. While it can’t ever be exactly the same, it can still be a memorable experience.

If you think this story sounds familiar, it should—this is the second-annual running of Jack’s Ride, an event that took Jack on a round trip from Milan to Cement City, Michigan on June 29, 2019. Last year’s event was sponsored by Foundation 14. This year’s event was organized by the Iron Circle Law Enforcement Club, and attracted around 100 riders according to the Detroit Free Press.

McClary was an artillery officer and trainer under General Mark Clark. Son and caregiver Keith McClary told Lenconnect, “Someone was needed to train truck gunners to protect the convoy from the Luftwaffe, and he (Jack) was the only one in the European theater with the qualifications. He saved a lot of lives and taught people how to defend themselves. His service mattered.” McClary went on to become a captain, and was also awarded a Bronze Star for his service.

Once he got home, he graduated from the University of Michigan with a 4.0 GPA and took on chief financial officer roles at Cook County Hospital in Chicago, and later St. Paul-Ramsey Hospital in St. Paul, Minnesota. To get to both jobs, McClary was a proud motorcycle commuter on his Indian. That everyday story will seem familiar to anyone with an office job who has ever commuted. He simply wore his riding gear, then changed into a suit at work, and then geared back up to ride home, son Keith told Lenconnect.

His wife—who was also his childhood sweetheart, and whom he married once he came home from the war—sadly passed away in 2014. Now McClary lives with his son, and requires both an oxygen tank and a cane to get through the day. Still, not many 100-year-olds—let alone 100-year-old WWII veterans—are still out riding.