How To Make A Passenger Comfortable On Your Bike 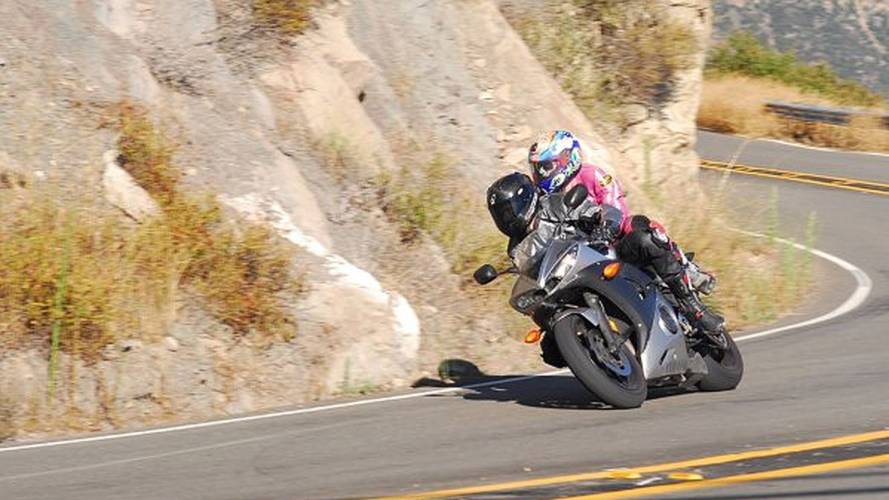 There are many ways to improve pillion comfort.

While we encourage anyone with an interest in riding motorcycles to get out there and do it, there are many who prefer to hop on the back with someone else at the handlebars. There's nothing wrong with that, and it allows people to enjoy motorcycling who wouldn't otherwise. Of course, some bikes are better than passengers than others. While a Honda Goldwing gives the passenger an overstuffed comfy chair to ride on, others provide little more than a pin cushion for a seat. There are ways to change this, however.

Pillions Are People, Too:

My Honda Shadow ACE 1100 was extremely comfortable for me to ride, but my wife didn't care for it so much. She just couldn't find a decent seating position. I was trying to encourage her to hop on the back more often, so I had to find ways to improve that experience for her.

Obviously, the place you plunk your butt is the most important part of the equation. All too often, stock seats are not very good. Thanks to the previous owner, the Shadow had comfy Mustang seats for both rider and passenger. It still had the Shadow's small original backrest, though, which didn't do my wife's back problems any favors. I searched extensively for a wider backrest with more padding but found nothing. In the end, I replaced it with a cheap top trunk. I didn't need the extra storage. In fact, the trunk latch broke off on some nasty bumps on the way to New York City for a meet. The sole reason I got the trunk was that it incorporated a cushy wraparound passenger backrest into it. That did help her comfort a little.

Again, thanks to the previous owner, my Shadow had giant Cobra floorboards up front. Unfortunately for my wife, it still had the stock footpegs in back. She found them difficult to find while sitting on the bike, particularly since her helmet prevented her from looking down far enough to see them. More than once, she found the exhaust pipe instead of the peg by accident, with warm and messy results. So I looked on the internet, and I found an inexpensive pair of floorboards to replace the stock pegs. They were easier to find and more supportive of her feet. The stock pegs found a second life on her kids' minibike, whose own stock pegs were made of thin aluminum and kept breaking off.

While a pillion may often hang onto the rider, doing so for long periods of time can get uncomfortable on some bikes. Those grab bars alongside the passenger seat aren't just for your ROK Straps. People can grab onto them, too. In some cases, it's more comfortable to grab the bike than the person controlling it. Thanks to the Shadow's aftermarket hard bags, grab bars were not an option for us.

I want to make it clear that mechanical problems with the Shadow, not complaints from my wife, were the reason why I ended up switching back to my Honda PC800. That said, she found herself much more comfortable on the back of the PC than my Shadow. The riding position worked better for her. The backrest on the top trunk was in the right place, as were the stock foot pegs. Despite the aftermarket rack for the top trunk, she still had places she could hang onto rather than me.

I think it was the overall seating position of the Shadow that didn't work for her. No combination of bolt-on modifications can fix that. Now, after all these improvements on a different bike, she's the one asking me which far-off destination we're going to ride to this weekend, rather than me trying to convince her to hop on the back for a quick spin. Ironically, my own riding position is slightly less comfortable on the PC than the Shadow, since my long legs get a bit cramped on long rides. Someday I may pick up an older Goldwing to optimize comfort for both of us, but for now, this works.

The latest addition to our riding experience is a helmet-to-helmet intercom. While some joke that not being able to talk to their significant other while riding is a benefit, we've both found the ability to have a normal conversation at 50 mph to be a huge enhancement to the ride. Last weekend when a dirt road turned into an enduro track, we were able to instantly communicate that this was not cool and we should go back. This is old news to many of you, I'm sure. I usually end up riding alone, though, so until my wife started riding with me regularly, I've never had the need for a communication system in my helmet before. Now that we've tried one, I don't think we'll ever go back to not having one, whatever bike we're on.