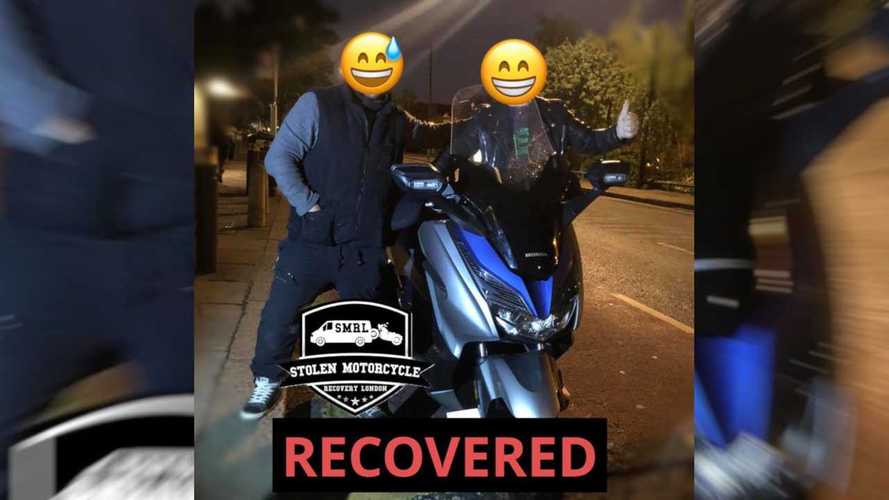 Some riders are fighting thieves on their own turf.

Motorcycle theft is a huge problem in a lot of places, but it’s reached nearly epidemic proportions in the UK. Thieves who’ll steal anything on two wheels and then joyride it, trash it for a laugh, ransom it back to the original owners, use stolen bikes to commit other crimes, or simply sell those bikes have posted their ill-gotten gains on social media for years. Some do it to taunt their victims, or to brag about what they did. Others just want a quick way to sell their hot merch on for cash ASAP. If you ride in the UK, this is a fact of life on some level.

From official news reports ranging from local and regional papers to Vice UK, you can see this problem has just continued on for years. Some angry bike owners argue that their police don’t do anything or take their concerns seriously. Police argue back that even with photos that thieves post themselves, bragging about their stolen bikes on social media, it’s difficult to use what regular riders might see as clear evidence to prove theft beyond a reasonable doubt in a court of law.

Still others say that police are chronically underfunded—so even if they want to help, they’re as understaffed and stretched thin as a lot of other industries. Thieves might regularly post their latest conquests in Instagram groups and even cheekily refer to themselves as “repo gangs”, but accounts like these appear and then disappear almost as frequently as reporters can grab screenshots and post about them. For all these reasons and more, nearly 36,000 people so far have joined the UK Motorcycle Theft Protest Community group on Facebook—and surely more will follow, and more will be driven to act.

It’s a frustrating mess, and it’s honestly hard to say objectively if it’s getting worse or better. Some concerned two-wheeler enthusiasts are taking matters into their own hands and simply recovering bikes that have been reported stolen on their own, without relying on the police to help. Not long ago, we told you about Two Guys And A Van, which operates out of Bristol. Similar groups are forming up and down the country—including Stolen Motorcycle Recovery London, which goes an extra step and turns those bragging photos upside down with pics of the bikes it’s recovered and returned to their rightful owners.

One member of this group rides around London in his free time, confronting thieves and regularly posting videos and photos on YouTube and Instagram. He goes by the name handmuffwarrior, and has 19.8 thousand followers on Instagram and 144,550 followers on YouTube at the time of this writing. According to his YouTube bio, he started as a regular London courier before one too many run-ins with thieves violently trying to grab him and/or stab him off his bike brought him to pursue what he sees as justice using his bike, an action cam, and reliable WiFi connections.