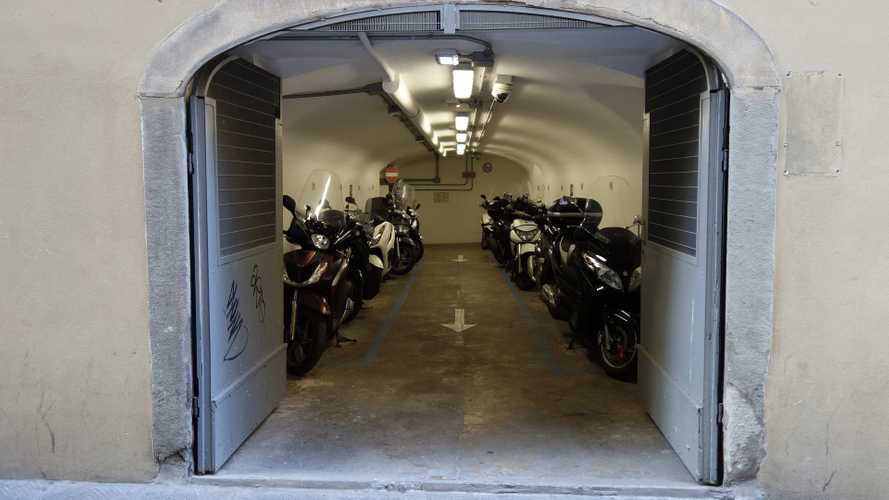 The solution to all of our problems.

It's pretty straightforward, right? If you leave your motorcycle parked, the chances you’ll get in a motorcycle crash are pretty much null. No more riders on the roads equate to no more riders ending up in the hospital. Problem solved!

Opinion: Why Do Riders And Drivers Hate Each Other So Much?

Oh wait, you think this is my opinion? No, it’s not. Let me introduce you fine folks to Canadian columnist Liz Braun. Now, I don’t personally know Mrs Braun, but a quick Interweb research taught me she is primarily a film critic. In her latest column, however, she swapped her movie passes for a social blogger beret. She served us an incendiary piece about how motorcyclists should simply leave their bikes in the garage and how everyone else would be thankful if they did. The reactions to her article are vicious, if you care to check them out.

She feeds us a handful of numbers to support her point including how we’re 27 times more likely to die from a motorcycle crash than a car crash and how riders account for 10 percent of deaths on the roads (conveniently, she doesn’t break down the remaining 90 percent).

Drivers are dumb, it’s not their fault; it’s ours for choosing to take our motorcycle rather than our car in the morning. If we don’t want our parents to mourn our death, we should leave our bike home and let dumb drivers do their thing. Her polarizing rant is followed by a few irrelevant words about a police officer recommending we be safe out there, should we decide to ride despite the risks.

She pushes all the right buttons and it shows—well done, Mrs Braun. What the angry mob of readers fails to understand, however, is that while this might or might not be her truthful opinion, she is also very obviously seeking attention and reactions, good and bad. That’s where I have a problem.

There already is an open war of words—and sometimes of actions—between car drivers and motorcyclists. For her and any other columnist who decides to write candidly about a subject they know very little about such as this one, there is very little repercussion—aside from some anonymous online hate. What they do get are tasty clicks and views numbers at the end of the week.

What Mrs Braun probably doesn’t realize is that the struggle to be respected on the road is very real. She probably woke up one morning with her brilliant idea, thinking readers were going to eat it up and get angry and get her the kind of exposure that pays her bills. I’m picturing her rubbing her hands together like a super-villain. She’s oblivious to the fact that she is using her platform to feed into an ongoing heated debate she ultimately has no part in.

For us riders who actually have to deal with confused and/or angry drivers, articles like hers add another gallon of fuel to the fire. A lot of commenters are angry at her (motorcyclists mostly), while others go down the usual path of “She’s right! Motorcyclists are the worst! Get off my lawn punks! Death to motorcycles!” Articles like this one are tools to the epidemic of misunderstanding and ignorance.

Had her rant been followed by a genuine comment about road safety, she wouldn’t have sounded so regressive and condescending. Sadly, the bulk of her argument seems to revolve around putting the entire responsibility of road safety on motorcyclists. She had every opportunity to encourage all road users—drivers and riders alike—to create a safe commuting environment instead. That’s what articles on the matter should promote. We should encourage driving and riding schools to enforce awareness, teach students how to see and to be seen. The more aware road users are, the safer the roads become for everyone. Choosing to get on a motorcycle and accepting the risks of the ride doesn’t excuse bad drivers and shouldn’t dismiss the fact that these crashes can be avoided. Whether they hit another car, a pedestrian, or a motorcycle, bad/distracted/confused drivers remain bad/distracted/confused driver.

Don’t worry too much about “R 1250” riders ripping it on the highway, Mrs Braun. You don’t need that big an engine to achieve that anyway, and chances are that those R 1250 riders you refer to are the most reasonable out of all of us.

To you, dear readers, I will say this: we have a mission to contribute even just a little to making the streets a bit safer. There's no point in getting angry at people’s ignorance or lack of understanding. Share your passion of the ride in a more positive endeavour. Spread the love, guys!