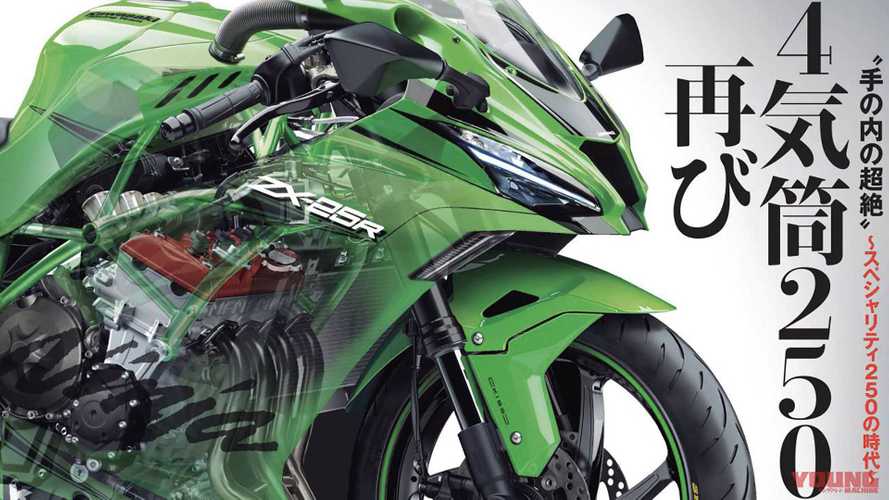 Do you remember the little Ninja 250? Here in North America, the model has been replaced by the Ninja 300 in 2012 which was then upgraded to a 400 in 2018. On some markets, however, the 250 endured with an upgrade introduced in 2018 alongside the new 400. Now, a render has surfaced, suggesting a new 250 could be in the works, powered by an inline four-cylinder mill. If you had any doubts the 80s are making a comeback, here's yet another proof!

Psst! Have You Heard?:

If you haven’t heard about Young Machine, it’s about time you did. The guys behind the Japanese Website are seriously devoted to their art and pop out renders like they’re simple doodles. Their latest design is of a Kawasaki Ninja ZX-25R equipped with a four-cylinder engine. The render is featured on the cover of the August edition of their magazine with the mention “scoop”.

Whether this is an insider’s story or some well-studied speculation, we’re not sure. However, what we do know is that the render is consistent with the ongoing rumor that Kawasaki is considering a 249cc inline-four comeback.

The Ninja 250 has been around for over thirty years, available on different markets at different points in time. While most of us are probably more familiar with the tiny quarter-liter twin engine underlining the baby Ninja since the 90s, the model’s earliest generation sported a detuned four-cylinder engine.

The Japanese render of the ZX-25R is a drop of fuel that keeps the engine on the rumor mill running. Previous reports on the possible 25R suggested that Kawasaki’s Indonesian facility was supposedly working on a prototype. Most sources that have touched on the subject over the past few months seem to agree that 2019 could mark the return of the four-cyliner Ninja ZX-25R.  If this is the case, we would likely see the concept at Intermot or EICMA.