Take A Look At The Malle Rally Royale Interceptor 650s 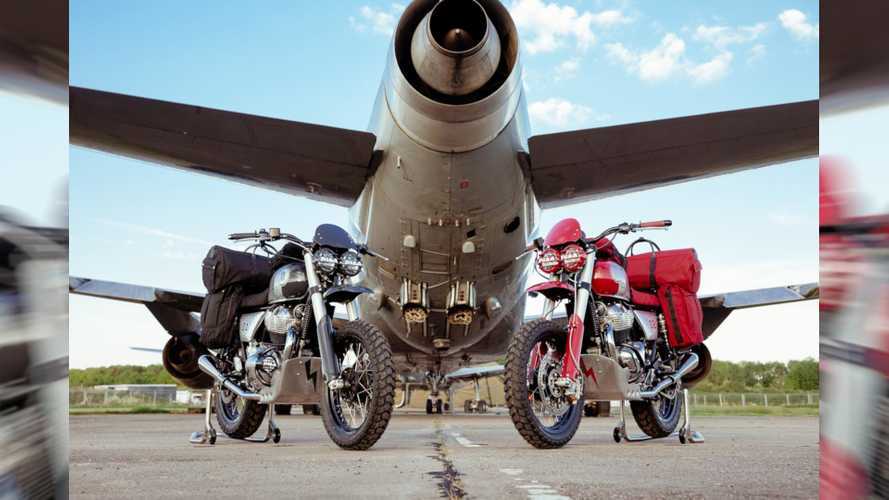 If you’re gonna do a moto rally and invite absolutely every type of bike—a lot of things will happen. It’s not a question of “if” so much as a question of “when.” So, support vehicles of some type are a must, because not everyone’s going to show up laden like a pack mule with every single tool and supply they might need on hand. That’s why London-based moto luggage maker Malle worked with Royal Enfield and British Customs to transform a couple of Interceptor 650s into support bikes that are as capacious as they are capable.

Motorcycle Adventure Therapy Is A Thing And We Love This

It’s a 1250-mile, five-day rally across all kinds of British terrain—so while the Interceptor 650s are a good start, they needed some work. British Customs designed custom slip-on exhausts for the Twins, and the build also used BC’s Grabber footpegs and Mule Tracker handlebars. More appropriate rubber and a suspension upgrade was a must, so upside-down WP forks, extended rear shocks, and Heidenau K60 knobby Enduro tires went on—as did Harris Performance yokes and a beautiful and functional custom bash guard. An assortment of PIAA lights will make visibility as clear as possible no matter what.

Once their trusty steeds were ready to handle all the supplies they’d need to carry, it was time to load up with Malle luggage. Each pannier can handle 20kg (or 44 pounds), and each was loaded with a full set of tools—metric on one side and imperial on the other. All tools were placed inside Malle dry bags before being tucked away in the panniers, so they’ll stay dry and protected from the elements no matter the weather.

The tank bag houses USB spare battery packs to charge devices as needed, as well as a full first aid kit, food, and water. All the luggage is made from waxed canvas that is sourced from Britain’s oldest waxed canvas maker, which has been making the stuff since 1776 according to Malle. Even the seats are finished with this functional, beautiful fabric.

The 2019 Great Malle Rally takes place June 24 through 30, and signups for the event are now closed, but you can learn more here to plan for next year.