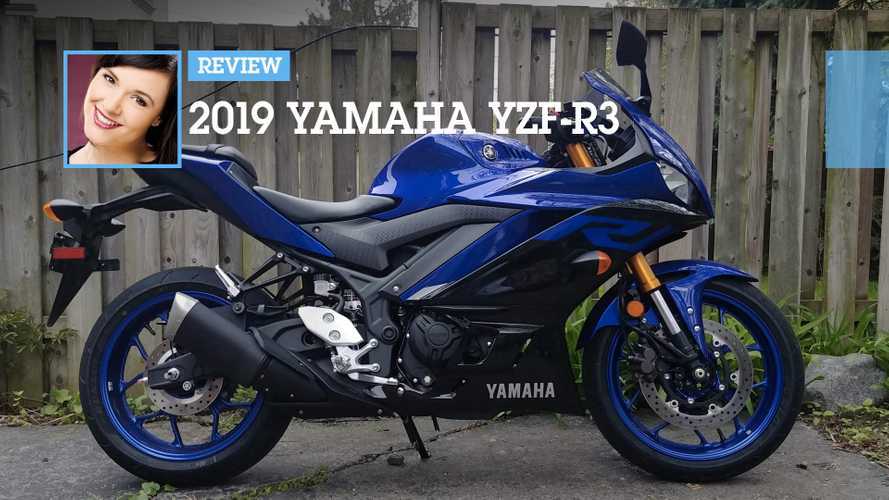 Well that was unexpected.

I’ll say it right off the bat. I’ve never been a fan of the modern-day 300s. There’s nothing inherently wrong with them, it’s an entirely personal preference. I have tested my fair share of models (CBR300R, CB300F, Versys 300, Ninja 300, etc.) and tried very hard to find at least one that would meet my expectation of what a 300 should (or could) be. Sadly, most of them have missed the mark, either by a little or by a lot. You’re already not very visible on a full-size motorcycle, imagine when you're on one of these tiny circus bikes. If at least they made up for it in “let’s get out of here” power, but most of them lack even that. I know it’s a 300, but optimizing the engine mapping to make them more responsive wouldn't hurt. With all of that in mind, of course I approached the R3 expecting a similar experience. I'm happy to say that I was wrong.

Check Out These Other Reviews:

When he attended the R3 California press launch back in January, Director Jason shared with me that he had thoroughly enjoyed the bike. I remained skeptical because, well, it's a 300 after all. I’m not leading a hate campaign against small displacement bikes, nor am I one of these people who need to have 200 hp between their knees to be content. I have confessed my love for the Suzuki Van Van in the past and it’s a 200cc! So I don't consider myself a small bike hater. I just think most 300s lack flavor. They tend to take themselves a little too seriously—like the little brother trying really hard to be like his big brother. There’s so much that could be done with such a small bike, but the fun factor has been lacking for me. Until now.

In situations like this one, I like to be proven wrong. I like to form an opinion about something and be pleasantly surprised. This is what the new 2019 Yamaha YZF-R3 did for me. Here’s a 300 I would gladly add to  my collection, if I had one.

The model has been reviewed for 2019 and a number design features have been updated including the wider gas tank profile, set lower on the frame, new clip ons, as well as a new fairing. The headlights design draws from the R6 and R1 aesthetic for a real family resemblance. Once you sit in the saddle, the R3 doesn’t feel like a 300. Don't get me wrong, it’s neither big or heavy, but if doesn't feel like a small displacement bike when you sit on it.

The proportions create an overall comfortable and airy geometry—as comfortable as a sportbike gets, of course. My 5' 8" frame wasn’t cramped on the bike. You're not leaned so far in that too much weight is put in the handlebar and maneuvering/steering becomes harder, despite the new clip ons.

The only negative comment I have about the design is something Director Jason noticed as well at the launch: the mirrors or way too small. The bike is narrow and the stems aren’t long enough, so adjusting the mirrors to see behind you rather than your bulky, padded shoulders is a bit of a challenge.

The tiny 321cc, inline twin mill actually does some fine work. Take offs are instant; the engine answers right as you twist the throttle, no lag or “sweet spot” to reach to get the goods delivered. But taking off is the easy part. Highway accelerations have been the Achilles heel of most 300s I’ve been on. With the baby R, however, even at 60-70 mph in sixth at 7,000-8,000rpm, the bike is ready to give you more if you ask nicely. The power delivery is straightforward and efficient, you don’t have to compromise or plan ahead. You can simply punch it and it obeys.

You only have to be comfortable revving the engine. It redlines at 12,500 rpm anyway, so twist that throttle, don’t be shy! At no point during my week with the R3 did I even come close to meeting the tiny block’s limits.

Don’t mistake “high revolutions” for “strain”—some engines don’t work so well at high rpms and right away you can feel that you’re asking for too much. Not the R3. It happily and comfortably revs up without making you fear the bike might fall apart. Of course, a bit of buzzing in the grips is to be expected, but not nearly as much as I thought there'd be.

Despite being small and light (375 lb for the ABS-equipped model or 368 lb if you choose to do without), the little Yamaha is extremely stable on the highway. It doesn’t get tossed around as much as other small bikes I’ve been on. Of course, as lightweight sportbikes go, it's also tremendously easy to rock in the bends.

During my week with the R3, not once did getting in the saddle feel like a punishment. I gladly chose the tiny bike over my car because it's just that much fun. It's easy to get on (literally and figuratively) and is actually a respectable commuter. In the city, it's willing to go anywhere if you are. I got stuck in some rush hour traffic one night and it wasn't even that big of a bummer because the R3 is easy to maneuver. The clutch isn't so heavy that you feel a physical strain from crawling along (we don't have lane splitting/filtering here).

I live in Toronto, Canada, home of the country's busiest highway, the 401. This means that the twelve-lane-wide freeway is traveled everyday by half a million cars and freight trucks. This is something I am extremely aware of, especially when I'm on a motorcycle. With the R3, navigating among the behemoths was a walk in the park. As I previously mentioned, power is readily available, which means it had plenty of "let's get out of here" juice to get out of the way if I needed to.

In my book, the 2019 Yamaha YZF-R3 is the best iteration of a 300 currently on the market. It is pretty much everything I expect a 300 to be: light, fun, and zippy with a serving of colorful personality on the side. I wanted to be proven wrong and I was. Kudos, Yamaha.