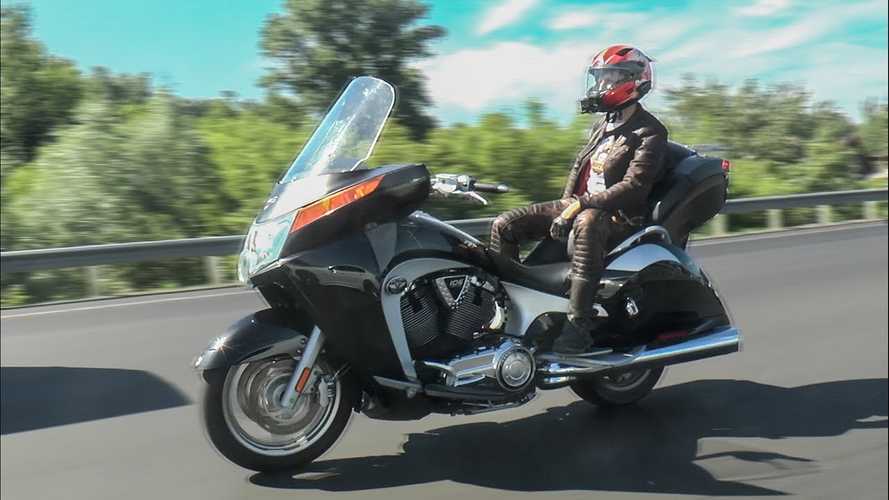 A famous Russian YouTuber was texting and riding...

A famous Russian motorcyclist and YouTuber named Artem Boldyrev has died in a motorcycle crash.

Flordia Man Demonstrates How Stunting On The Road Can Kill

Nicknamed “Bolt,” Boldyrev’s YouTube channel, called “Moto nexus” had nearly 300,000 followers. His videos reviewed a lot of motorcycles and a few motorcycle accessories, too. They’re quite in-depth and long videos, but they’re in Russian, so I cannot tell you much about the conclusions he has drawn. What I can tell you is that he was pretty fearless on the road.

If you are a frequent YouTube or Reddit viewer, you’ve probably come across the countless videos from Russian dash-cams, and you’ve seen the insane traffic there and the nutty things the drivers do. One has to come to the conclusion, after watching some of the footage, that the traffic there is extra dangerous. Also that lane-splitting is legal in Russia, but the way Bold did it seemed riskier than necessary.

Unfortunately for him, he wasn’t wearing a whole lot of gear when he crashed. His helmet wasn’t a full-face model, and his other gear consisted of a long-sleeved shirt, cargo pants, fingerless gloves, and shorty boots. This event would be more of a tragedy if, at the time of the accident, he had not been controlling the motorcycle with his feet and sending a text message with his hands (and brains).

The word is, while he was steering his K 1600 GTL BMW motorcycle with his feet, he hit a Fiat (car) and, predictably, crashed the motorcycle. He did not survive that crash.

We do not need to tell you that steering a motorcycle with your feet is a bad idea. You’re left with no options when something unexpected happens, like, for instance, a Fiat cutting you off. You have no control over your shifter, clutch, or brakes. It takes several extra seconds to get your hands back onto the grips to actuate your clutch and front brake, and your feet back on the pegs to shift or brake as necessary.

Reportedly, his last words were “Most problems arise due to the fact that I don't give a f- - -.”