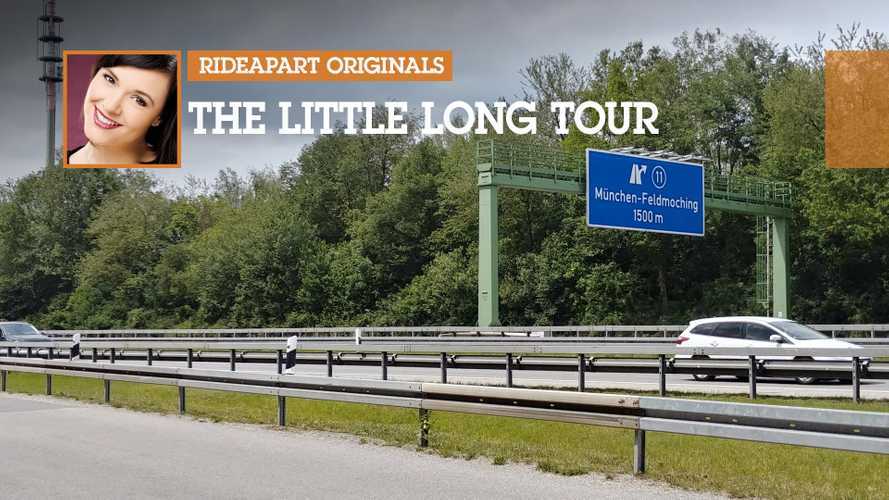 How fast did it go?

Hitting the Autobahn has been on my personal bucket list for quite a while. Of course, since my Little Long Tour was going to conclude in Germany to take the BMW R 1250 GS back home anyway, this was the perfect occasion to check that item off my list. I set aside the country roads I had favored until now for my last leg of the trip and jumped on the highway to test my steed’s and my own limits.

Ride Through The Black Forest: A Bob Ross Painting On Steroids

Queen Under The Mountain And Over

The Autobahn always sounds very appealing to us North Americans, but the term really only refers to the German highway network. It’s as though the term “highway” became evocative for people worldwide. The network splits into four stretches of the highway: 3, 5, 7, and 9. What has earned a simple highway its global reputation is, of course, the fact that portions of the network have no legal speed limit.

The first time I saw the little speed limit badge disappear from my GPS, I knew what it meant. I comfortably pushed the GS up to a cruising speed of 95-100 miles per hour because why not. My beast isn’t built for speed, but its 1,254cc boxer mill is rated at 136 horsepower and a top speed of “over 125 mph” (which seems to be BMW’s common lingo to legally unbind itself from people like me who decide to test that limit).

At that speed, I leaned forward to hide behind the already tall windscreen, something others drivers likely found silly to watch since I probably looked like I was going into MotoGP mode on an adventure bike. I fully expected the experience to be a lot more brutal or physical than it was, but the Beemer ended up being very comfortable and steady even at high speed. Despite its bulky silhouette, the GS can pull its weight on the Autobahn.

The best part for me though is while I was already flying by North American standards, a flock of BMW and Mercedes-Benz (a lot of station wagons actually!) were speeding past me on the left. Since I was already traveling at 100 miles an hour, they were likely flirting with the 125 mph mark.

The beauty of the Autobahn is that the lines are straight, the view is clear and there is little to no distraction—not countless signs everywhere you need to keep watch for. Plus, the Germans know to get out of the way. No Little Miss Slow Sally on her Sunday ride hogging the left lane and forcing everyone to tap or hit the brakes. Each three lanes of the highway are occupied by drivers going at a different speed—perfect German coordination. And unless they are actually passing, nobody is actually cruising in the left lane. Reaching near indecent speeds in this context feels safer than you’d imagine it to be.

Of course, 100 mph was a little safe—let’s call it a comfortable cruising speed—but my comfort zone had a much wider reach and the GS was ready to give me what it got. How fast did I manage to go? 124. I met my personal limit before I met the Beemer's (to be fair, I also had panniers rated for speeds of up to 110 mph, I wasn't going to bring the GS back missing a sidecase).