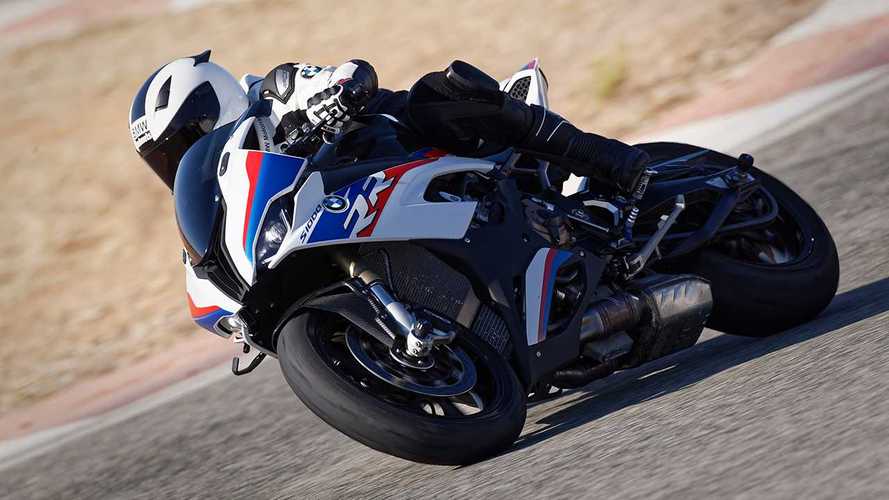 Supersport has a name.

By the time BMW unveiled the S 1000 RR, at EICMA in 2018, patented designs and leaked brochure information had already given us a taste of what was to come. Likely the most anticipated sport model of the year, the S 1000 RR’s third generation introduced not only a new design, but also the combination any fan of speed desires: less weight, more power. Here is everything we know about the 2020 BMW S 1000 RR.

The S 1000 RR turns 10 this year! The model was initially introduced as the Bavarians’ champion for the World Superbike series. Consider this: when the bike was first introduced, only 1,000 street-ready units were going to be produced—Beemer just wanted its ticket to the championship. We have sure come a long way. The first generation got a five-year run on the market before getting an upgrade in 2015.

Only four years later, we’re treated to the TT-winning model’s third generation, a slimmer, meaner machine. The motorcycle is built on a new Flex Frame chassis composed of four cast aluminum components that use the engine as a stressed member. Sitting on top is a redesigned fairing with a new, more feline headlight shape and a slimmer profile. The new underslung aluminum swingarm is also lighter and combined, these elements have helped reduce weight and improve aerodynamics. The new-generation S now weighs in at 434 lb, which is 24 lb lighter than its predecessor. The wheelbase has been slightly stretched by 9mm, now spanning 1,441mm to improve grip at the back.

At its core, the inline four is new from the ground up as well. The 999cc mill now uses titanium valve and is rated at 205 horsepower—an 8-hp boost over the last gen—and 83 lb-ft of torque. Top speed is now estimated at over 125 mph. It also integrates BMW’s newly developed Shiftcam technology, also found in the R 1250 GS.

The variable valve timing system uses a cam with different size lobes that allow to delay or anticipate the timing of the intake valves opening—each has its own timing, which is meant to improve the engine’s efficiency and reduce emissions. This system allows the new S to provide optimal performance between 5,500 and 14,600rpm. The new engine layout has pushed the redline to new heights for the model, now able to rev 2,000 rpm higher than previously.

Support is provided at the front by an adjustable 45-mm inverted fork and at the back, by a 46-mm shock with piston teamed up with the new WSBK-inspired swingarm. Attached are a set of 17-inc cast aluminum wheels paired with four-piston caliper and  320-mm discs up front and single-piston caliper with 220-mm disc out back. Of course, as most modern motorcycles go, the ABS is included but can be switched off by adjusting the driving modes of which there are four (Rain, Sport, Dynamic, and Pro available with the M package). In case you decide to head for the mountains, the bike is even equipped with Hill Start Assist.

Also new for this year, BMW Motorrad has dropped its tentative of creating a new “HP” performance brand and decided instead to use the same nomenclature as for its car division. The M Package will offer riders such accessories and features as a Motorsport livery, carbon fiber wheels, lightweight battery, a chassis kit, a sport seat, and as mentioned earlier, the Pro mode.