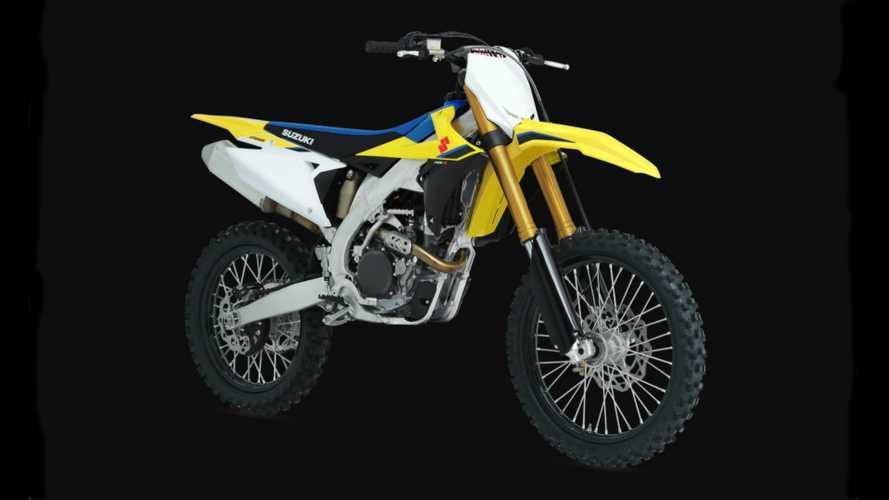 There are some big holes!

Suzuki has announced its lineup of off road motorcycles for 2020. So far it’s pretty much “bold new graphics” but everybody likes new motorcycles so let’s take a look.

All The Off Road Motorcycles:

The off road lineup for 2020 so far is only two bikes, their DR-Z50 and DR-Z125L; the RMX450Z seems to have been left behind. The DR-Z models are Suzuki’s classic four-stroke off-roaders with friendly power and electric starters.

The motocross lineup for 2020 is three bikes, the RM-Z450 (449cc) and RM-Z250 (249cc), both recently redesigned and both four-stroke liquid cooled engines coupled to a five-speed gearbox with a kick-start. Their baby sister is the RM85, a two-stroke motocross learner bike, and one that won’t bite too hard if you ask it for the wrong thing at the wrong time. These are all off road only bikes, and not street legal.

Suzuki’s street legal variants, supermotos and dual-sports, are missing some of the well-loved long-standing bikes, like the DR-Z400SM. That bike hasn’t been announced for 2020, yet, but I’m keeping my fingers crossed that it hasn’t been dropped from the lineup.

Of the bigger dual sports, only the DR650S has updates (though thin) and a 2020 model year. Bold New Graphics and a new paint job are all the bike has been graced with for the upcoming model year, and that in an ill-advised slate-grey paint that matches asphalt a little bit too well. The DR-Z400S, DR200S and, sadly, the adorable classic VanVan all remain left behind in Suzuki’s 2019 model lineup without an update.

All of these empty spaces in Suzuki’s off road lineup could mean room for some great new introductions for 2020. It could also just mean they’re in the middle of updating the heck out of their existing models and just haven’t gotten there yet. Time will tell, but until then, well, maybe we could put some supermoto tires on the DR650S?