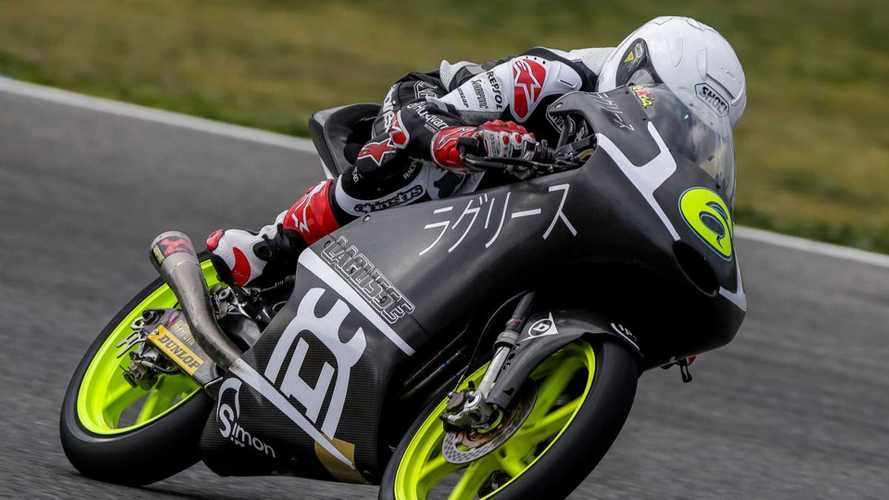 The Vitpilen and Svartpilen are cool and all, but road and flat track racing are where the eyeballs are.

Riding high on the strength of Vitpilen and Svartpilen interest among motorcyclists, could the legendary Husqvarna brand soon make its way back into the racing world?

If KTM CEO Stefan Pierer has anything to say about it, the answer is a resounding “yes.” In an interview with Speedweek, Pierer laid out his plan for the brand for the next few years.

“I want Husqvarna to become the second-largest motorcycle manufacturer in Europe over the next three or four years,” he said.

How to compete? First, you need a plan.

A return presence in either MotoGP support series—Moto2 or Moto3—would definitely help to raise brand awareness, even if sister brand KTM already has the leg up of a few extra years of experience. Besides, nothing drives good, healthy competition like sibling rivalry.

Overtaking Ducati and BMW is no small task, but KTM AG believes it is up to the challenge. KTM reported that the group’s overall market share increased substantially in 2018 across both the KTM and Husqvarna brands—for a combined market share of 11.7 percent in Europe and 8.9% in North America.

Those lofty sales and world motorsport goals aren’t the only plans in KTM AG’s future.

In that same Speedweek interview, executive board member Hubert Trunkenpolz said that since the name ‘Husqvarna’ is better known in America than in Europe, "America could also offer the Flat Track Championship for the Husqvarna brand.”

No racing series plans are set in stone just yet—Pierer emphasized that he wants the company to do its homework first before fully committing.

"You have to think about it, what is the brand content. How do you position Husqvarna next to KTM? It works perfectly offroad. Our two brands race against each other,” Pierer said.

"I do not exclude Husqvarna [racing] in the Moto3 or Moto2 World Championship. For brand awareness, that would make perfect sense."