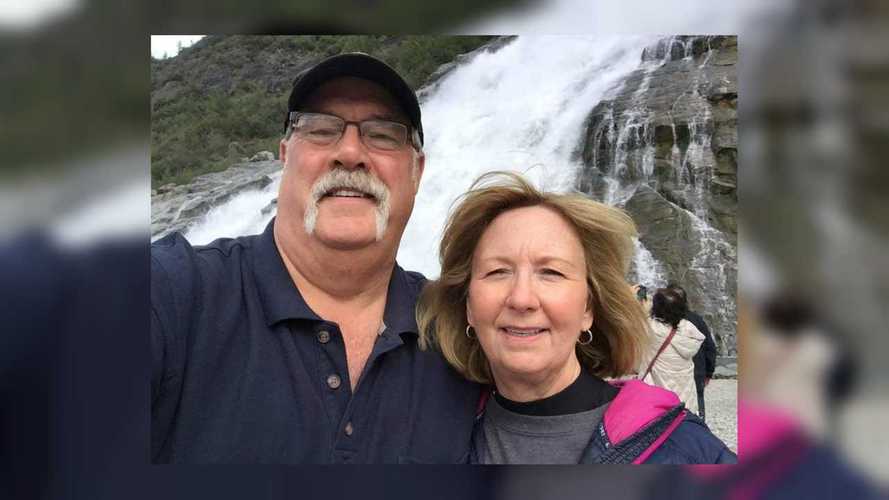 Yes, you read that right. He had already killed a motorcyclist less than two years ago.

One might argue that in the case of many fatal motorcycle crashes, it is a case of the motorcycle being in the wrong place at the wrong time. More often, lately, it seems like the right places and right times are much fewer and farther between.

A South Dakota couple on a motorcycle trip in Minnesota has been killed by a poorly-secured trailer that became detached from a farm tractor and rolled into their lane. Marvin Fandrich, 60, and Kathy Fandrich, 61, of Aberdeen SD were traveling east through Arlington Township on highway 19 when the trailer came free from a west-bound tractor and struck the couple. This entire situation would be yet another tragic case of a motorcycle in the wrong place at the wrong time, if the driver of the tractor, 60 year old Curtis Petzel, had not caused the death of another motorcyclist less than two years ago, about seven miles from where he killed the Fandriches. But, in fact, he did.

At that time, Petzel was driving his pickup truck and rear-ended a car, sending it into the path of 59 year old motorcyclist Brian Severin of Gaylord, Minnesota. That crash killed Severin. For the death of that motorcyclist, Petzel was convicted of misdemeanor careless driving, fined $400, and placed on probation for a year.

This most recent crash, in which he killed two motorcyclists, has not resulted in any charges against Petzel yet, but we sincerely hope that something a little more than a small fine and a year of probation comes from this.

Some drivers are absolutely hazardous to other road users and I would posit that Petzel is one of those drivers, and should not have been allowed to drive after killing just one person.

There is probably a pile of exceptions to state and federal highway laws when it comes to operating farm machinery on numbered roads. Rolling down the road in a farm tractor while pulling an obviously unsafe trailer, losing it, and killing people with it, should mean this guy doesn’t get to drive anything ever again, except maybe a bicycle.

Rest in peace, Marvin and Kathy Fandrich; you were out having the fun we all have while road tripping on our motorcycles, and death should never have been the consequence.