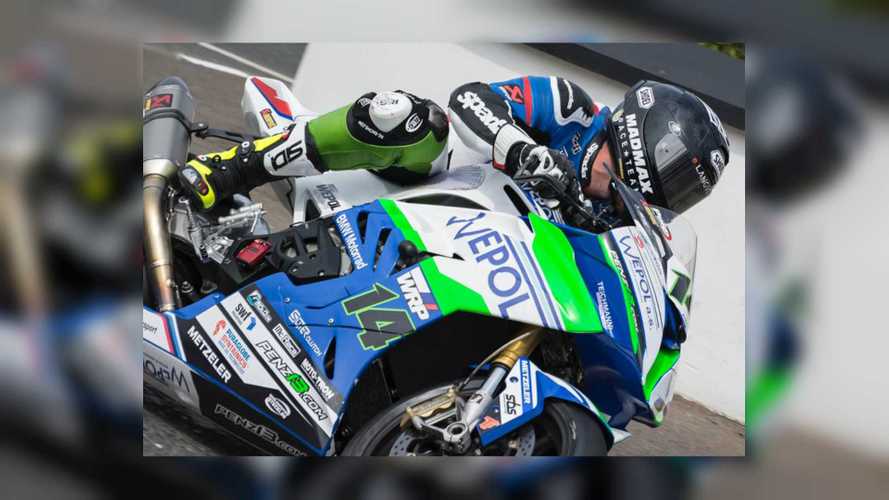 The Mountain Course has claimed this promising young racer.

The Isle of Man TT race has claimed another young life. In his third lap during today’s opening race, Daley Mathison crashed his motorcycle and died from his injuries.

Guy Martin Talks Us Around The Isle Of Man TT
⠀

Mathison was 27 years old but already an extremely skilled rider, and no stranger to the TT course. His TT debut was in 2013, and he finished fifth in that race. Since then, he started in 19 TT races and earned a podium finish in three consecutive years 2016-2018 in the TT Zero electric motorcycle race.

ACU Events Ltd., the TT race organizers, have released a statement that, in part, reads, “Daley was an experienced competitor and was seeded 19th for today’s race. He also achieved an 11th place finish in last year’s Superstock Race and a pair of 13th place finishes in the 2017 and 2018 Senior TT Races. He set his fastest lap of the Mountain Course - 128.054mph - in the 2018 Superstock race which made him the 34th fastest rider of all time. He set the second fastest TT Zero lap ever with lap of 119.294mph in the 2018 race. In total he started 19 TT Races with 14 finishes and 3 podiums and won 6 silver and 8 bronze replicas.”

Mathison’s crash occurred at Snugborough, near Union Mills, on the TT course just two miles into his third of four laps. He was riding a BMW S 1000 RR sponsored by the Penz13.com racing team. Since 1911, 253 riders have lost their lives competing in the TT and Manx Grand Prix races on the Isle of Man. It is a famously dangerous circuit, littered with buildings, curbs, and light posts, among other hazards, throughout the course. Several riders have hit animals both wild and domesticated; all TT riders know the hazards but the draw, for so many, is stronger than the fear. Riders learn where the permanent hazards are and ride around them, but when something does go wrong the mountain course can be particularly unforgiving.

I will always encourage any rider to attend the races at the Isle of Man; it is a motorcycling mecca unlike anything else in the world, and that is the racers’ draw.

The loss of this skilled young rider is no less of a tragedy for it happening on the Mountain Course, and we always regret having to report on the death of a fellow rider.

All of us at RideApart send our deepest condolences to Daley Mathison’s wife, his family and friends. The wider motorsport world shines dimmer in the wake of this loss.