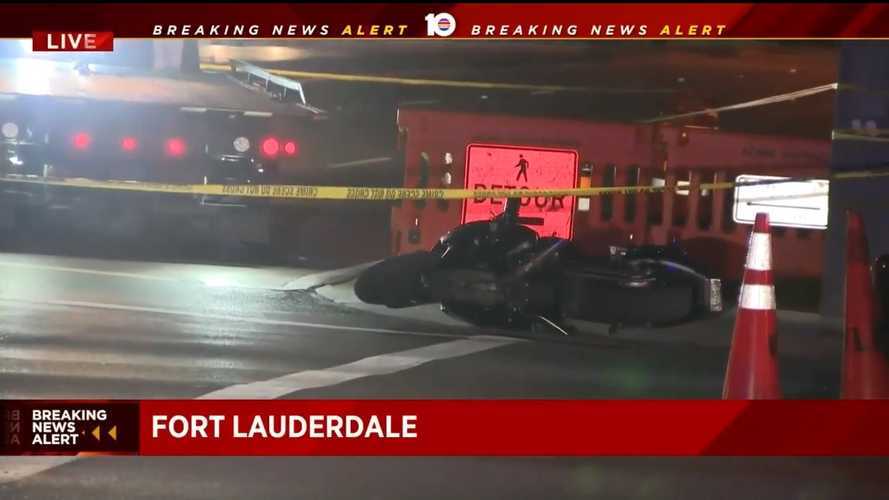 I wish these stories didn’t keep popping up, but they do. We’re going to use them as reminders: no matter what you think of the entire situation, the person in the car has the upper hand in any on-road altercation. Your life is on the line, not just due to the inattention of drivers on the road, but their unpredictable rage, too.

Yet again we find ourselves reporting on a road-rage incident that resulted in the death of a motorcyclist. In this case it was 41-year old Cerrone Alonso of Pembroke Pines, Florida. The incident occurred in Fort Lauderdale. All we know is that there was some kind of altercation at a red light, and words were exchanged; several witnesses reported hearing shouting coming from the intersection. The 29-year-old driver of a Honda Civic, Harrison Braga DaCosta, allegedly hit the motorcycle (some reports say the car pinned the bike against a curb), and then got out of his car with his 9mm handgun and fired four shots at Alonso.

The motorcyclist, unfortunately, was pronounced dead at a hospital shortly thereafter. The driver of the car left the scene but was apprehended in Oakland Park. He was arrested and will be charged with second-degree murder.

Cerrone Alonso was the father of four children, active in his community, and a member of a local motorcycle club. His friends and family describe him as a loving friend and father.

As a friend of mine once said, when it comes to arguments on the road, no matter what kind of car it is, consider that they are armed with a bazooka and we motorcyclists are armed with a spoon—the laws of physics are always against us and it is never worth it to escalate any kind of disagreement. Sometimes, drivers are also armed with actual guns, and they believe that the correct punishment for a traffic argument is death.

Be careful out there, everyone. Rest in Peace, Mr. Cerrone Alonso; our heartfelt sympathies extend to your family and friends.