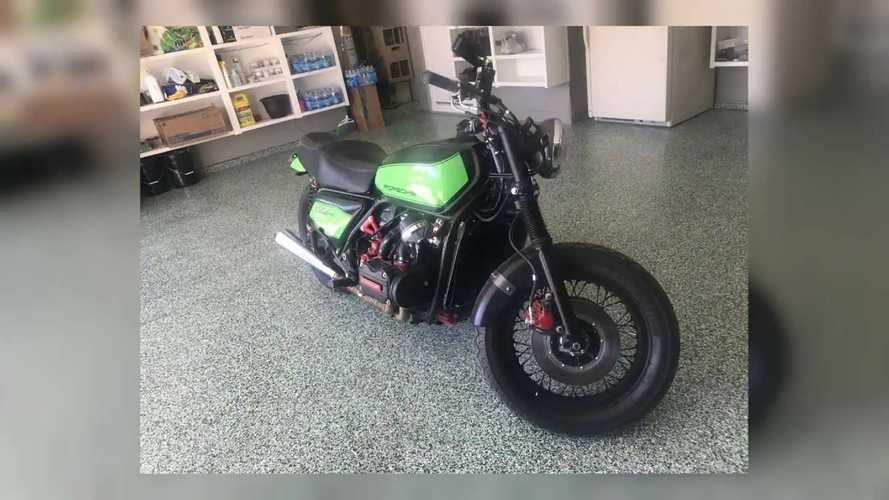 It's interesting, I'll give it that.

Occasionally we are tempted by something absolutely ridiculous on Craigslist. If you’re the kind of person who trolls for-sale sites for interesting machinery you’ll come across this sort of thing. Do not be tempted.

Buy Or Sell, Be Smart:

How to Sell a Motorcycle

Yes, it is custom, and it’s beautifully done, and it’s unusual. Heck, it’s probably one of a kind.

But it’s far from being an actual Porsche. Yes, some Porsches had flat four engines stuffed into them, but this is a relatively ancient but heavily customized Gold Wing and not a Porsche, and further, it is confusingly painted in Kawasaki colors. The motor has been refinished, and beautifully, at least on the outside. As soon as I see those late-seventies CV carburetors, though, I get the shakes.

This entire thing is a giant lesson in how not to sell your motorcycle online: what year is this bike, or was it originally? What was done to it and who did the work, and why? What has the engine had done to it? How many miles are even on the bike, originally or after any kind of rebuild? What kind of parts have been upgraded and where can you get this thing worked on? Where were the parts sourced and what’s still original? Heck, how old are the tires?

It’s also a big lesson on which motorcycles to take a hard pass on, when you come across them for sale. Unless this seller has a folder a couple inches thick with paperwork detailing all of the changes and upgrades this bike has been subjected to, maybe, but really even then, it’d be a giant gamble. The price is much too high to take a gamble like that.

So, we know at one point that it was a Gold Wing and we can also see that it at least has its original carburetor housings (though, what else would you stuff in there). Beyond that, well, are you a Gold Wing nut and a Porsche nut and do you have $5500 that you do not mind setting on fire? We just found your next motorcycle!