Weekend WTF: Learning To Ride Off-Road As An Adult 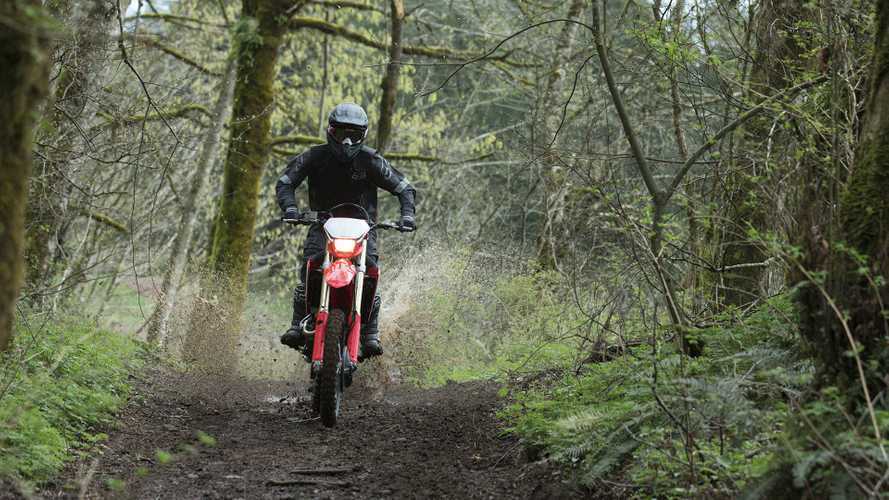 What am I getting myself into?

Some people were born holding a handlebar. They started riding at a really young age, scooting around on their tiny 50cc, learning the ropes through fun and games. I wasn’t one of these kids. I started riding in the back seat of my dad’s motorcycle at a pretty young age, but for most of my childhood, I was always a passenger, never a rider. Growing up in the suburbs, there wasn’t the space to toss a motorcycle around in the backyard—not even a small one. I learned to ride as a young adult, when I was old-enough to take the classes. Now, over a decade after getting my license, I’m about to add a new skill to my set: I’m going to learn to ride off-road. I'm excited and a little scared.

Fun In The Dirt:

Why Off-Road Riding Can Be Good For You
⠀

Learning to ride a motorcycle as a grown-up was a bit of a challenge. Not because riding in itself is difficult, but because I had to undo some habits I had picked up from driving and from life in general. But I learned, and I’m proud of it because it now allows me to do truly amazing things, go on dream trips, and also, learn to push my limits a little further every time.

This summer, I’ve decided to challenge myself and take things a step further. I decided I was going to learn to ride off-road. I’ve done the odd gravel and dirt trail in the past; an extremely vanilla version of what actual off-roading looks like. I never took it as far as I would have liked because I felt I lacked the training—and admittedly, the confidence—to simply enjoy the ride rather than worry about sliding the bike and laying it on its side.

Earlier this year, I was lucky enough to attend the launch of the Moto Guzzi V85 TT and the ride included an off-road segment. I asked around to my colleagues if they had any advice for me to avoid making a fool of myself and they were all nice enough to tip me off. Ultimately, however, I just had to go for it. If I’m going to be honest, I was a little tensed. I really didn't want to be known as “that one chick on the trip who dropped the bike”.

Spoiler: nothing bad happened. On the contrary, I would even say I had fun. It was a really short trail—just enough to get badass-looking pictures, but the feel of the bike and the loose dirt and rocks under the tires was so different from anything I had experienced before that it made me want to do more of it.

So when Honda reached out about an opportunity to attend its Learn To Ride event at its Colton, California riding center, I knew this was my cue to make some magic happen. So here I am in sunny San Bernardino, ready to dust things up. On Saturday, I am going to learn to ride off-road. It is insanely exciting and thrilling, but also a little scary. The good kind of scary, if that's a thing. I can’t help but wonder how far I will be able to stretch my comfort zone and whether I’ll be able to break certain habits to make room for better ones. Do you ever experience that feeling, when you're about to try something new, and prior to taking the leap, you get in your head, hoping your brain doesn’t get in the way of you learning or doing something incredibly fun? That's where I am.

I’ve had similar conversations before: older gents claiming they’re too old to learn to ride a motorcycle or to try something new.They do say you can’t teach new tricks to an old dog. Am I too old to learn to off-road half-decently? Well, they also say you’re only as old as you feel, so I hope my feeling ten years younger than I actually am on my passport will give the desired result. I just want to prove to myself that I can actually nail this.

I’ll report back next week and share my experience with you guys. Don't worry, I don't have much of an ego, so I'll share all my fails in juicy details. By then, I’ll have a good sense of just how much of an old dog I truly am. What's the one thing you'd like to learn to do on a bike?