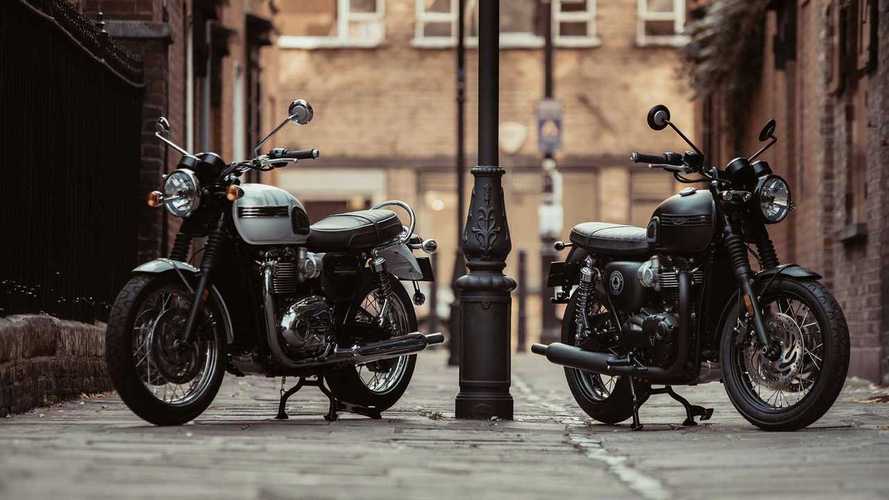 Pricing is finally out.

Triumph does things its own way. It launched two really exciting models at the end of 2018 on its own terms, during private events. When EICMA rolled in at the beginning of November, the manufacturer took things a little easier. Instead of something entirely new, it treated us to two special-edition Bonnies; the Ace and the Diamond. The two limited editions are now out and up for grabs.

The two special T120 designs both celebrate important milestones and legacies. The Bonneville T120 Ace is a celebration of the café racer legacy and the hub of British motorcycle gatherings during the mid 20th century, London’s Ace Café. The landmark, closed down in 1969 and reopened in 1997, was the hotspot for young Brit riders to socialize with like-minded people and show off their rides. A number of similar spots hosted these motorcycle gatherings, which eventually inspired the “café racer” moniker: kids on fast bikes hanging out at cafés.

While the Thruxton might have been a better choice of base for this particular special edition, you know, because of the whole “café racer” shtick, the Bonnie still does the look justice. It is coated in a matte Storm Grey livery with contrasting racing stripes on the tank, slapped with a cloverleaf, “Head Down, Hold On’ logo (the café’s motto). Th look is complete with dedicated intake covers, engine badges, and tuck-and-roll seat. Only 1,400 units of the T120 Ace will be produced worldwide and pricing has been set at $12,500, a reasonable $650 premium over the entry-level Bonneville.

The Diamond Limited Edition celebrates something more personal to Triumph: the 60th anniversary—or Diamond jubilee—of the legendary 1959 Bonneville T12, the model the modern-day T120 is based on. Only 900 T120 will receive the Diamond treatment which includes a White and Silver livery decorated with an appropriate Union Jack flag and “T120 Diamond” side panels. The Diamond also features a chrome chain guard and matching badging. This version of the Bonneville goes for $12,350.

Triumph hasn’t been too greedy so these are two special and unique Bonnies that are well worth the extra few hundreds. Which one’s your favorite? The wild Ace card or the shiny white Diamond?