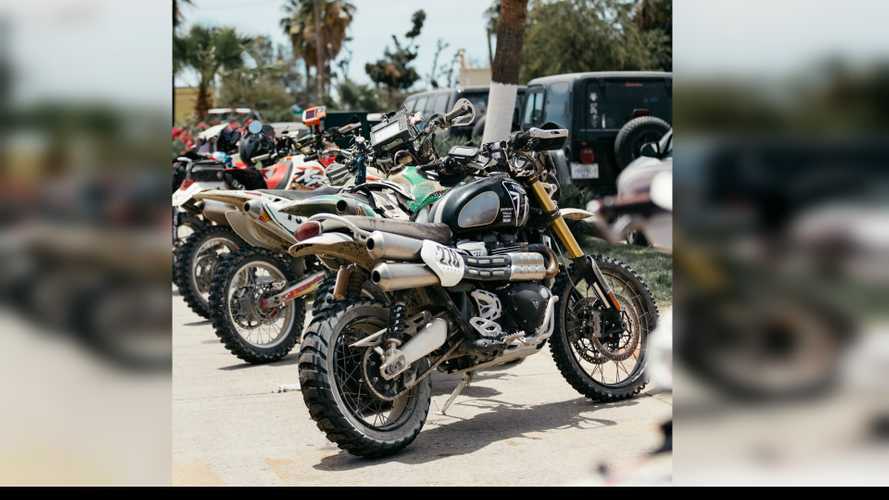 The Triumph Scrambler 1200XE was mostly stock and still beat most of the dedicated dirt bikes.

Scrambler style motorcycles are really popular these days, not just for their looks but for their do-it-all functionality, too. That functionality was shown off pretty spectacularly by Triumph factory rider Ernie Vigil who rode a Triumph Scrambler 1200 XE in an off-road rally.

Pimp Your Scrambler With These Triumph Inspiration Kits

It wasn’t just any little rally though; it was an extreme endurance race. Vigil rode the Scrambler in the National Off-Road Racing Association Mexican 1000. That rally is a 1,037 mile, five-day ride through the Baja peninsula, which is mostly desert and deep sand with some rocky sections tossed in for flavor. The other rally participants were mostly on dedicated 450cc dirt bikes with the occasional Honda XR650R.

Here’s the best part though: in a field of thirteen participants in the Modern Open class, all on those dirt bikes that were absolutely not street legal, Vigil came in fifth on his mostly-stock Triumph Scrambler 1200 XE.

He suffered zero mechanical failures but did have a problem with the failure of a BIB Mousse–that is, Michelin’s answer to a semi-solid insert that replaces a traditional air-filled motorcycle tire tube. It failed after a long, high-speed rocky section, which is about right. These semi-solid “mousse” inserts are not designed for street use, or for high speeds; they don’t dissipate heat the way pneumatic tires do, and when that heat builds up too much they fail. Vigil was rescued by his factory team who came through with a repair for his tire, and even with that significant delay, he managed an admirable finish.

You’ll quite often hear the truism that “it’s not the bike, it’s the rider.” That’s very true in this case; the stock Scrambler 1200 XE has a listed dry weight of 452 lbs, and its 1200cc engine puts out 89 peak hp. Compare that to, for example, Honda’s CRF450R, a really good race-oriented dedicated dirtbike, which weighs 247lbs wet. That Scrambler, though obviously absolutely capable in the right hands, has got to be a handful in deep sand.

All this shows us, though, that Triumph has made an excellent and capable motorcycle, and that was definitely the whole point all along. There’s another saying that “adventure is bringing inappropriate equipment to out-of-the-way places” and you might say that is quite fitting in this case. That must have been one heck of a rally! 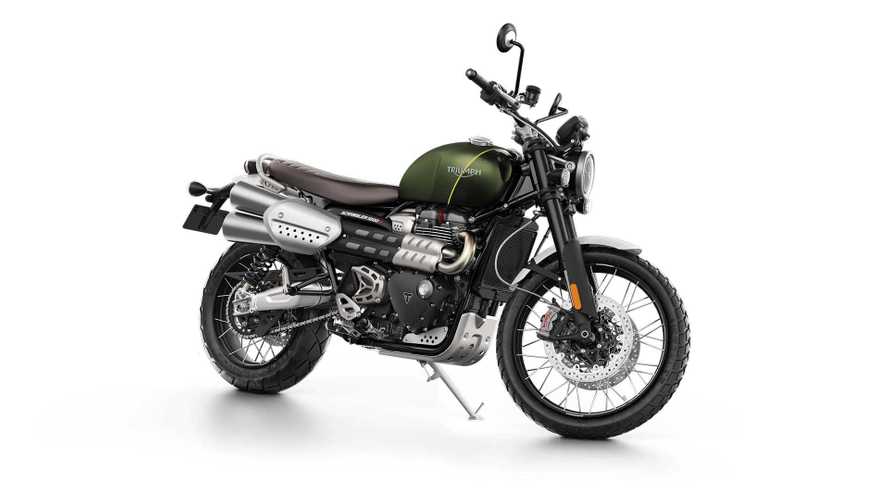 Competing in the Modern Open Class, Vigil was up against a field of dirt bikes more traditionally associated with Baja desert racing.

Riding a near standard Scrambler 1200 XE, Ernie Vigil completed the five day, 1,347 mile rally in 25 hours and 37 minutes and ran entirely free of a single crash or mechanical issue with the Scrambler 1200.

The sole delay occurred on Day 2 when a front BIB Mousse spectacularly failed after crossing a long, rocky stage at high speed. Vigil was swiftly recovered by communicating to the Triumph chase crew via satellite phone, who were able to identify his exact location deep inside the rally course. After a three hour delay Vigil was back out on track using the power of the Scrambler 1200 to make up lost ground.

Ernie Vigil – Factory Triumph rider: “We made it! It was a super long week at the NORRA Mexican Rally. I couldn’t ask for a better result and on a stock bike, it was a super rad week ripping in the desert with a bunch of dirt bikes. We had zero issues, she ran like a dream. Two of the longest days were in some really technical, rocky sections, you really have to stay focussed and pick your lines without slowing down too much. But when we hit the open desert I could really let the bike eat, she was a rocket and took everything we threw at her. I’m very sad it’s all over, but I’m hoping we can get to the Baja 1000 later this year to run her in the Ironman Class. We not only proved the Scrambler 1200 XE could finish this rally, but be competitive.”

Ernie’s Scrambler 1200 XE was left in near-standard condition, with only the addition of an extended sump guard, softer bar grips, removal of ABS & TC functions and the fitment of a Metzeler MC 360 21” front tire and Metzeler Karoo 3 on the standard 17” rear wheel. Suspension settings we’re left as supplied on the standard showroom models.

This result demonstrates the capability of the Scrambler 1200 platform which represents a first for dual-purpose capability and modern custom style. This beautiful 1,200cc scrambler delivers a category-redefining level of performance, specification and finish, fused with Triumph’s iconic scrambler DNA and all the multi-surface capability of a genuine adventure motorcycle.

The NORRA Mexican 1000 is an incredible off-road racing event that covers 1,347 miles of Mexico’s rugged Baja peninsula, with riders tackling rocks, deep sand and the unforgiving desert landscape. If you want to compete in extreme endurance races on a motorcycle, the Mexican 1000 is one of the biggest.