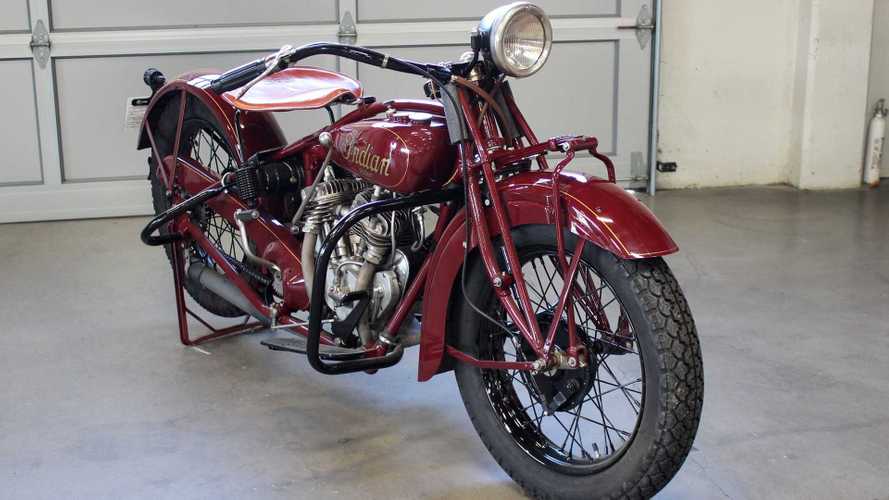 It was restored by the foremost Indian 101 Scout expert.

If you’re looking to own a piece of Indian Motorcycle history, you could hardly do better than this 1929 101 Scout we've been alerted to on the Motorious site. I would say it’s been fully restored but that doesn’t come close to telling the whole story. This is one of the Indian 101 Scouts that George Yarocki restored.

The Indian 101 Scout was on the expensive side for a motorcycle back in the day, but it was the most reliable bike on the road and it won a bunch of races because of that legendary reliability. That’s not to say it was faster than its competition, but it did run long enough to make it to the finish line which is more than most other manufacturers could say. It is widely regarded as the best bike Indian ever built.

The true 101 Scout was only produced from 1928 until 1932, when material shortages forced Indian’s hand and it stopped production of the bike (though Indian did stuff the motor into a Chief). The lead engineer for the 101 was a former Scout racer, and he brought his racing experience into the design of the 101. The revisions to the original Scout that created the 101 included a better suspension, better steering, increased fork rake, a stiffer frame, a 3-inch longer wheelbase and a front brake (the original Scout had only a contracting-band rear brake, while the 101 has a front drum brake as well).

But wait, you say: who’s George Yarocki? Unfortunately he passed away in 2016 at the age of 88, but he was the world’s foremost expert on Indian Motorcycles, called the “Godfather of the 101 Scout,” and literally wrote the book on the 101. A Torrington, Connecticut native, Yarocki’s expertise drew 101 Scout owners from all over the world to his shop not just to repair their motorcycles, but to teach them to do it in the process, too. This is the most unusual thing I have heard a niche shop owner doing, but antique Indian motorcycle owners have sung his praises for the practice. At completion, not only do they then have a repaired or restored motorcycle, but they know how it was done and can carry that knowledge and be more confident about being able to work on their own machine. You should definitely read all about the man here.

Now that you know all of that about the 101 Scout in general, and George Yarocki, the man who restored the very bike that is for sale, you can decide whether it’s worth calling the number in the ad. You know what they say, though, about having to ask about prices.