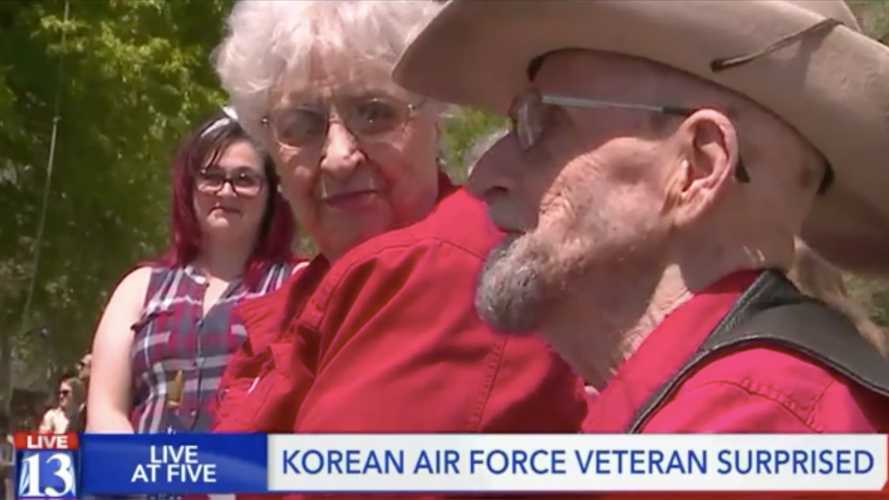 Yet another proof that riding makes you part of the family.

We are proven times and times again that being a rider makes you part of a big, gobal family. While motorcyclists can sometimes have a bad rep for their hooligan or obnoxious behavior, there is also an overwhelming sense of loyalty that comes with the ride. Riders never shy away from showing their solidarity, whether it’s indulging in the now socially required hand gesture to salute a fellow rider or showing up at a Veteran and former motorcyclist’s home to take him out on a ride.

Of Honor And Motorcycles:

We recently shared the heart-wrenching story of a terminally ill rider whose final wish was to hear the road of a V-twin one last time before he died, a wish granted by 200 riders who showed up at his house. This time, it’s a group of riders from Kaysville, Utah who granted the wish of an army veteran.

Korean War veteran Sgt. Ben Whicker is a motorcycle aficionado and a former rider. Now suffering from Alzheimer’s, he’s had to renounce motorcycles and put his riding days behind him, something he misses tremendously according to his family.

“He wakes up, and the only thing he ever expresses desire for is he’ll say, 'I ought to get me a Harley,'” his youngest daughter Ryanne Whicker told Fox13. Hoping to surprise him, his family contacted Patriot Guard Riders to try and arrange for someone to bring a motorcycle over to Sgt. Whicker's house for him to enjoy. The organization specializes in services and support to veterans by volunteer riders, including attending veterans’ funerals and celebrations to protect the families from protestors.

People from the local branch of the organization answered the Whicker family's call and less than a week later, a group of a hundred riders was organized to visit Sgt. Whicker. The experience wouldn’t have been complete without a ride and at 86 years old, Ben Whicker didn’t shy away from jumping in the saddle of a Harley trike.

“The light that lit up his eyes — it just really warmed my heart,” his daughter told Fox13. “I’m thinking he’s going to have sore face muscles later because he just cannot stop smiling… It’s going to be a steady decline from here, but I’m so thankful our family was prepared for this.”