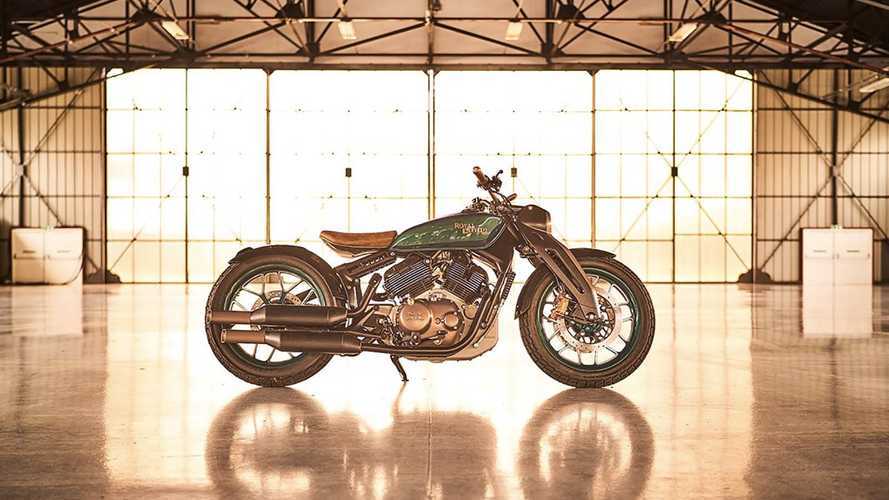 Back in November, Royal Enfield took everyone’s breath away when it introduced the gorgeous KX bobber concept. The bike not only introduced the idea of a slightly different silhouette for the manufacturer, but also opened the door to the brand’s biggest modern-day engine yet. The company has now trademarked a new name and rumors that it could be either a new Twin or the bobber concept's nameplate have started bubbling up.

In Other Enfield News:

A flight of Indian sites have started reporting that a recently published trademark filing by Royal Enfield gave the company the rights to the name “Royal Enfield Meteor” in a true blast from the past fashion. In fact, in 1952, the then Brit brand launched the Meteor 500, powered by a parallel twin engine. Only a year later, the company cranked up the displacement to a 700, introducing the Super Meteor fitted with a 692cc mill. After a decade-long run on the market, interestingly enough, the Interceptor stepped in and replaced the Meteor, putting an end to its cosmic career.

Opinions about the form a new Meteor would take differ from one media to the other. Considering the model’s history, some are understandably suggesting that the Meteor would join the Continental GT and INT 650 in the parallel-twin family to form a trio of Twins. Others favor the bobber path, suggesting instead that the Meteor will become the KX Concept’s production name. Should that be the case, according to the information Royal Enfield revealed at EICMA, the bobber would use an all-new, 838cc V-twin block—also a twin, but a much different scenario than the 650 parallel.

Considering how hyped the current Twins are and how well the KX Concept was received, either way, we’ll be happy to see what Royal Enfield makes of its new trademark. Which one would you prefer? A third Twin or an all-new bobber?