You Can Now Order A Harley-Davidson Café Racer 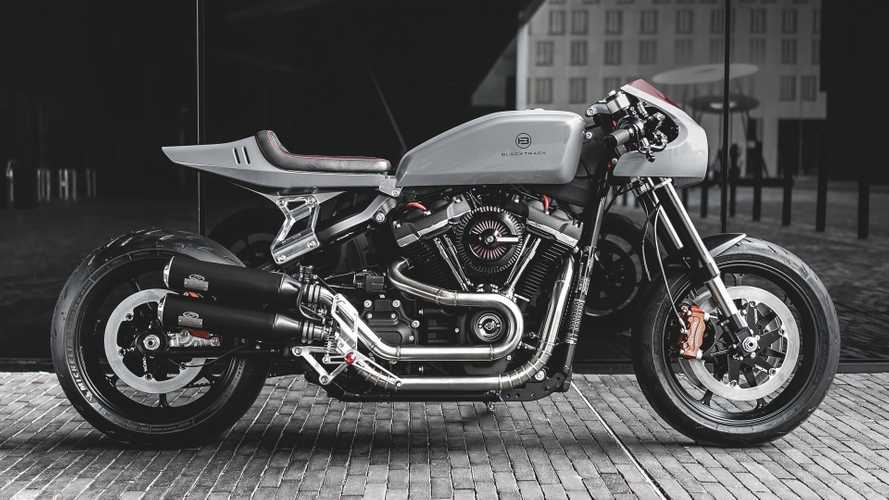 All the Eight is a perfectly retro package.

In tune with the current trends, custom shops are giving some of the most unlikely bikes out there a delightfully vintage twist by turning them into unique scramblers and café racers. Think of the adorable Monkey café racer or this KTM 950 scrambler—not exactly bikes you would have pictured adopting these aesthetics, but the shops’ vision made the whole thing work. Harley-Davidson has never been a name associated with “conventional”. Immune to the 70s race to the superbike and to the scrambler-all-the-things fad, the company has been doing its own thing. Have you ever wondered though what a Harley café racer might look like? Captain, we have a visual.

Other Gorgeous Customs To Check Out:

The work is that of Luxemburg’s custom shop Blacktrack. The team is no stranger with café racer-inspired conversions. In fact, its first project turned a Honda CX500 into a raw and gorgeous racer. The team’s second project, the BT-02 Thruxman, turned a Triumph Thruxton—the staple of the modern-day café racer—and gave it its own personal flavor.

This time, the shop’s third undertaking started things off with a little something very different. From all-American roadster, this Harley-Davidson Softail Fat Bob is unrecognizable in its café racer suit—except for the Fat Bob’s signature dual exhaust line.

Blacktrack founder and designer Sacha Lakic took the lead on this BT-03 project, inspired by the late 70s Harley-Davidson XLCR. From the starting Fat Bob, Blacktrack swapped a number of components for lighter aluminum and composite ones, including the subframe, upper and lower triple trees, front fairing and fender, fuel tank, and tail. The mill has also been fitted with a performance air filter and new aluminum exhaust pipes. These heavy-handed modifications have allowed the bike to shed over 100 lb while keeping the same original engine specs of the Milwaukee-Eight 114, increasing the power-to-weight ratio.

The shop also swapped the suspension for a set of Öhlins and the brakes are now Beringer’s. FInally, the shop used Dymag forged aluminum wheels which contributed to the bike’s weightloss.

The best part of it all? Because the Fat Bob is a current model, you can actually order the BT-03, provided you’re not in too big of a hurry: the shop announces a production time of roughly six months. As it usually goes with expensive items, the price isn’t on display—you have to reach out and ask. If you’re sold on the Milwaukee-Eight but wished for something different than a roadster or a cruiser, here’s your chance!