Recall Watch: Your Super Ténéré Might Be Missing Reflectors 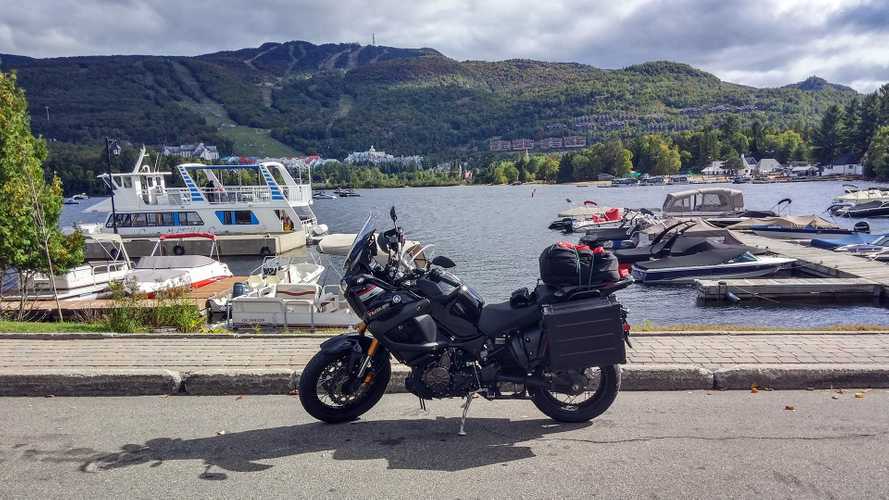 Check out your bike's sidecases.

If you’ve ever driven or ridden at night with little to no street lights, you probably know all too well how important reflectors can be. Whether it’s at the back of that bicycle you crossed paths with or on the jacket of a jogger—it makes what would otherwise only be a shadow against the dark stand out. Granted, motorcycles have head and taillights, but a few additional reflectors are a good way for other road users to rapidly scope the size of a bike. Safety first after all! For instance, your Yamaha Super Ténéré isn’t all that wide on its own, however, fitted with panniers, it almost doubles in width. That’s why reflectors on the cases are important and why Yamaha has issued a recall to make sure that model missing theirs get them.

Other Recalls On The Table:

In fact, the Big Blue has issued a recall north of the border on April 16 on the 2014-2018 Super Ténéré XTZ1200 because of possibly absent reflectors on the side cases. As usual, like with most recalls, the NHTSA’ Canadian counterpart is quicker to pull the trigger and publish these recalls. While we wait on the NHTSA to work its magic, we prefer to put these issues on your radar since they are always a matter of safety.

The company simply explains that on some of the 2014, 2015, 2016, 2016, 2017, and 2018 Super Ténéré, side reflectors on the factory aluminum panniers might be missing. This, of course, does not impede the bike’s functioning, however, it can decrease its visibility. You know as well as I do that we can use all the visibility we can get on a bike.

Owners of the targeted VINs will be contacted personally and sent a pair of reflectors and installation instructions. No need to visit your dealer for this fix, you can actually do it yourself in your garage. According to Yamaha, in Canada, 744 units are affected by this recall which we can expect to see trickle down in the upcoming weeks.