The BMW Muscle Bike: It Doesn't Exist Yet But It Oughta 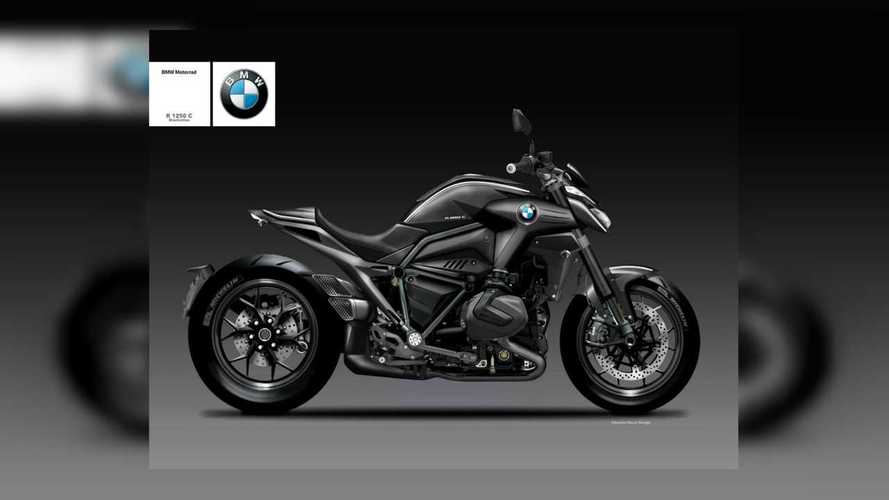 So often, when a motorcycle concept pops up that is purely a rendering in a computer program, it seems implausible, or mildly ridiculous, or it just looks like a plastic toy.

Not so with this one. The designer, Oberdan Bezzi, did such a good job with this one that at first glance it looks like something BMW might have already come up with. It’s a modern Boxer muscle bike, and with rumors of an 1800cc boxer motor in a cruiser coming out of Berlin, this design isn’t even remotely far-fetched.

Loads of other manufacturers have naked muscle bikes on the market, the Yamaha V-Max arguably having created the segment, or at least the most popular modern incarnation. Suzuki tried with its unsuccessful B-King, and Harley-Davidson made an attempt with its V-Rod, but Triumph is rocking its Rocket III and Ducati has nailed it with the Diavel. So, BMW, whence your muscle bike?

The R 1200 C was too much a cruiser to compete with the likes of these heavyweights, all bright and sparkly but too heavy and not powerful enough to be on the same playing field. It was a good attempt, and from a design perspective quite lovely (though the faired version certainly had its detractors), but it certainly never had the low-slung all-motor attitude of the V-Max. Now that the segment has filled out, there’s room in there for more, and with its current successes in other market segments BMW might think it’s time to beef up their line.

The Motorrad Group has thoroughly expanded its highly successful adventure line, and smartly so, instead of making bigger and bigger boxer GS models they’ve slimmed down into parallel twins and even have a GS in the 300cc segment these days. So why not try again with the cruiser and muscle bike market? Simply beefing up the R1200 Roadster might suffice, but this rendition, low-slung, blacked-out and bad-ass? That’ll sell.