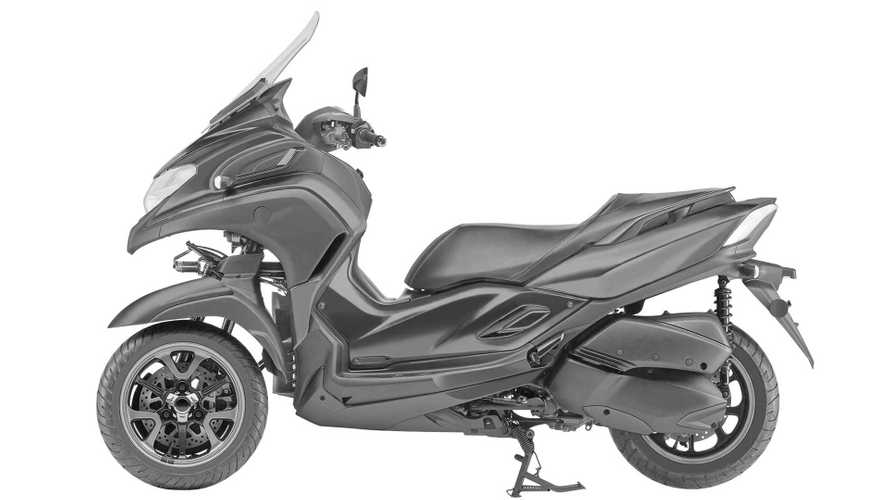 Looks like there could be a new 3-wheel addition to the lineup.

In the realm of three-wheel motorcycles and scooters, the number of contenders can be counted on the fingers of one hand. The Piaggio MP3, Peugeot Metropolis, and Yamaha Tricity are the best-known three-wheelers in the step-through category while for motorcycles, the Yamaha Niken is the only proud representative. Now that Yamaha has mastered the art of the leaning two-wheel set up, it looks like it’s ready to expand its selection of three-wheelers with a new scooter.

In a patent filing published by the European Union Intellectual Property Office (EUIPO) on April 25, a series of renders hints at a production version of Yamaha's 3CT prototype. The mule was unveiled at the 2018 EICMA as part of the manufacturer big “Urban Mobility” picture. Few things say “urban mobility” quite like a scooter, right?

The 3CT Concept was presented as a 300 option that would fit above the European Tricity 125 and 150 and help grow the range. I mean, "3CT" is also seemingly a clever play on the name Tricity, though there is no say at the moment whether the model will remain the 3CT or maybe become the Tricity 300. The new model is expected to use the same 292cc mill as the current XMax 300 (a boring two-wheel scooter) rated at 28 hp and 21 lb-ft of torque.

The leaked renders show a design very close to the prototype shown in Milan, with the obvious few tweaks to make it road legal, namely the addition of mirrors and blinkers, as well as a slightly altered seat design. The look is also reminiscent of the Tricity lineup.

With the patent filed and published, it looks like Yamaha is moving ahead with production of the new three-wheel family member. We would most likely see the final version of the scooter show up at EICMA in November, ready for the 2020 model-year.