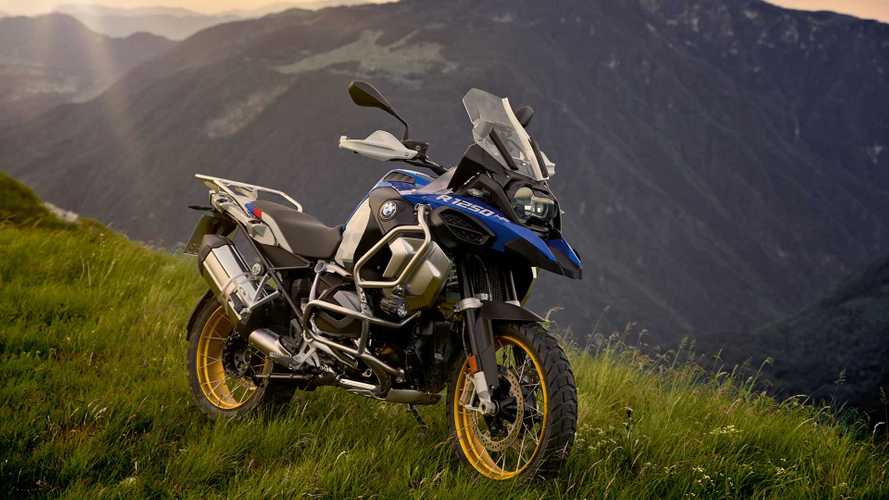 The staple adventurer is new from the ground up.

BMW said auf wiedersehen to a loyal friend this year. The BMW R 1200 GS has long been a staple of adventure touring and for the longest time, the best-selling model in the segment in Europe. Introduced in 2004, it rapidly carved itself a spot as a versatile, jack-of-all-trades adventurer. Fifteen years later, BMW is ready to take things to the next level, with the introduction of the all-new 2019 R 1250 GS, a bike redesigned from the wheels up that will carry on the GS torch. Here’s everything we know about it.

With such big shoes (or tires?) to fill, BMW made sure the 1250 was going to pack a punch when it would take over for 2019. So the Bavarian manufacturer went back to the drawing table and came up with an entirely new engine. From 1170cc, the new mill has received a displacement boost to reach 1254cc, gaining over 10 horsepower in the process now producing 136 hp and 105 lb-ft of torque. The new flat-twin boxer engine receives a number is set up with asynchronous valve opening at the intake to optimize combustion.

The most notable feature of the new engine is BMW’s new Shiftcam technology. The system engages partial and full load cams which in turn vary the timing of the valves’ opening according to the throttle input. This is meant to provide the rider with a wider, more flexible powerband as well as a Euro emission standard-friendly fuel economy. The camshaft is now propelled by a toothed chain rather than a roller set up which helps reduce noise and maintenance requirements.

The R 1250 GS is fitted with a 6.5 inch TFT color display which allows the rider to navigate through the riding modes (two standard settings, four optional ones) and manage calls and media when paired with a smartphone using the BMW Motorrad Multi-Controller.  BMW has taken the occasion to improve its selection of optional accessories and upgrades.

Also new this year is the R 1250 GS Adventure trim which adds a few accessories to the bike to make it extra versatile. The Adventure gets a crash bar, a taller windscreen, increased suspension travel and a bigger, 7.9-gallon tank (versus the standard 5.3-gallon one).

Kobe Bryant, Basketball Legend And Motorcyclist, Dead At 41
Watch This Sportbike Rider Try A Harley Fat Bob
This Is How MotoGP Racing Should Be
This Beautifully Restored 1970s Honda Minibike Can Be Yours
Gorgeous British Custom: The Yamaha Yard-Built Type 11

Kobe Bryant, Basketball Legend And Motorcyclist, Dead At 41
Watch This Sportbike Rider Try A Harley Fat Bob
This Is How MotoGP Racing Should Be
This Beautifully Restored 1970s Honda Minibike Can Be Yours
Gorgeous British Custom: The Yamaha Yard-Built Type 11
Commenting Guidelines