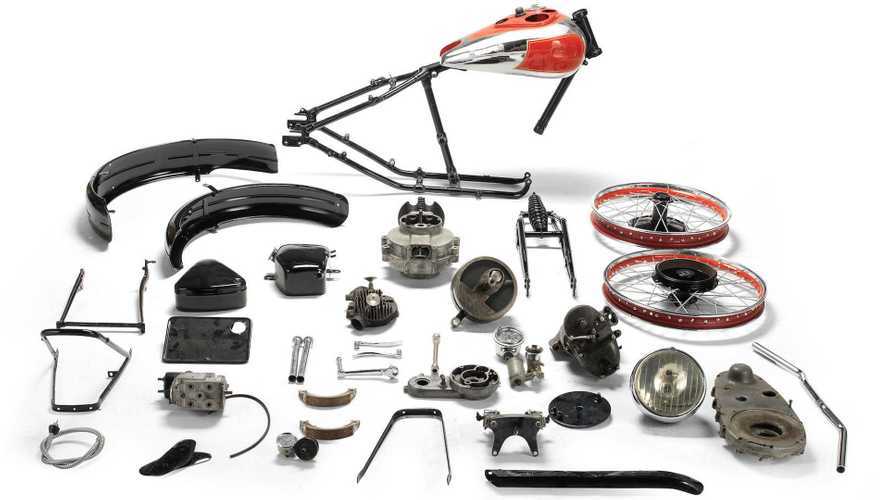 Do you have what it takes to tackle the Red Hunter?

Way, way back in 1925, a young man named Val Page joined a little motorcycle company out of Birmingham, England, called Ariel. Page had recently finished up an apprenticeship with the J.A. Prestwich company where he designed the engines that powered a number of landmark bikes like Brough Superior's SS100 and SS80 Luxury along with various successful racing machines. He was, clearly, a good get for Ariel.

In 1925 while at Ariel, Page developed a stout, hi-po 500cc single that was so advanced for its time that it took two years for frame and suspension technology to catch up with it before it could be put into a bike. That's kind of a simplification of what happened there, but this isn't Cycleweird so we'll talk about that story another time. That bike went on to become the Red Hunter, the backbone of Ariel's lineup for almost 30 years, and page went on to become one of the most successful and influential motorcycle designers in history.

Now, I told you all that just to introduce this very cool 1936 Ariel Red Hunter that Bonhams Auction House is offering. I won't lie to you friends, this one needs a little work. In fact, it's a basket case. Very likely an incomplete basket case, too. Bonhams claims that the bike is mostly there, but recommends that the buyer perform a thorough inventory of the parts. From here I can see that it'll need at least a whole new wiring harness and other electrical bits. That's on top of every nut and bolt on the thing and other sundry parts that got lost along the way when the previous owner took it apart to spruce it up or restore it or whatever they were doing.

This '34 Red Hunter gives you an idea of what this bike'll look like all put together.

Still, even an incomplete Ariel basket case is pretty sweet and, honestly, I have no room to talk after I brought that incomplete BSA basket case home. The bike goes to the block on April 28, 2019 at Bonhams' Spring Stafford Sale at the International Classic Motorcycle Show in Staffordshire, UK. I'd also like to mention that, coincidentally, I turn 43 on April 29, 2019 and I believe that the traditional gift for 43 is classic British motorcycles. So, you know, if you're looking for a gift idea for me this Ariel fits the bill.