Rumor Control: The FTR1200 Street And Adventure Are Coming 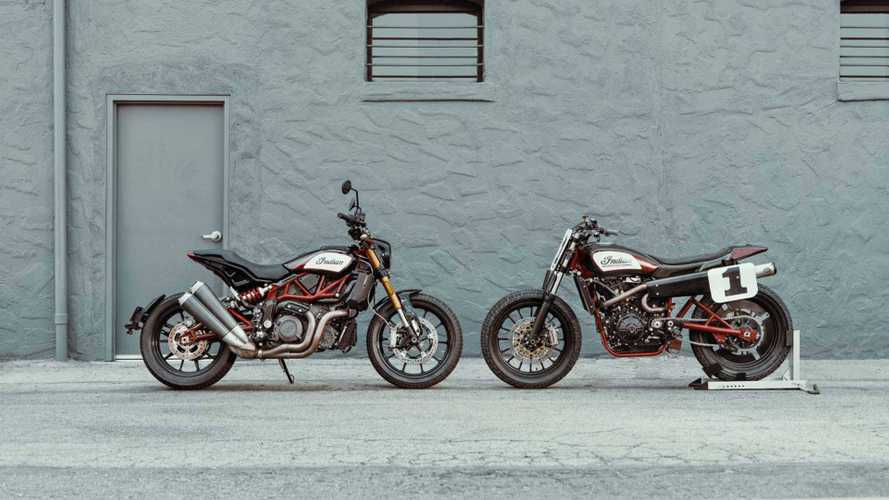 Please let this be true!

The Indian FTR1200 is probably one of the most exciting new bikes on the market for 2019. The manufacturer seemingly put a lot of work into developing a new platform and a new engine for its flat-track inspired model. It would be a bit of a waste not to take full advantage of all these shiny new components, right? Or maybe that’s just us hoping Indian taps more into that vein. Well, it looks like the company is already way ahead of us on that one with not one but two variants of the FTR apparently in the works.

Indian put into practice what Harley has been preaching for the past year: reach a new, younger demographic. That’s exactly what the new 1200’s mission has been—that and give flat-track racing a bit of street exposure.

Now, rumor has it that Indian has more FTRs cooking in the kitchen. According to Motorbike Writer, an anonymous source shared a snapshot of an Indian Motorcycle brochure that seems to confirm that the “Apollo” (the FTR’s codename) is getting a Street and Adventure variants.

A Tracker version is listed as a 2019 model-year—very obviously pointing to the original FTR Indian launched last year—while the Street is expected to launch as a 2020 model and the Adventure, as a 2021. Both versions will use the same 1,203cc, 120-horsepower V-twin engine as the Tracker.

The same brochure also confirms the impending arrival of the Raptor for 2020—a new touring model spotted earlier this week being tested that would introduce a new 1,770cc water-cooled V-twin engine apparently developed back in the day for the now extinct Victory Motorcycles.

Woah, there’s apparently a lot going on behind the doors at Indian’s! While a new tourer would be on consistent with what Indian is known to do best, a Street and Adventure version of the FTR would open new doors for the brand. Whether there’s truth to the rumor or not, we really hope the mystery source is right.