Isle Of Man Motorcycle T-Shirt On Sale For Charity 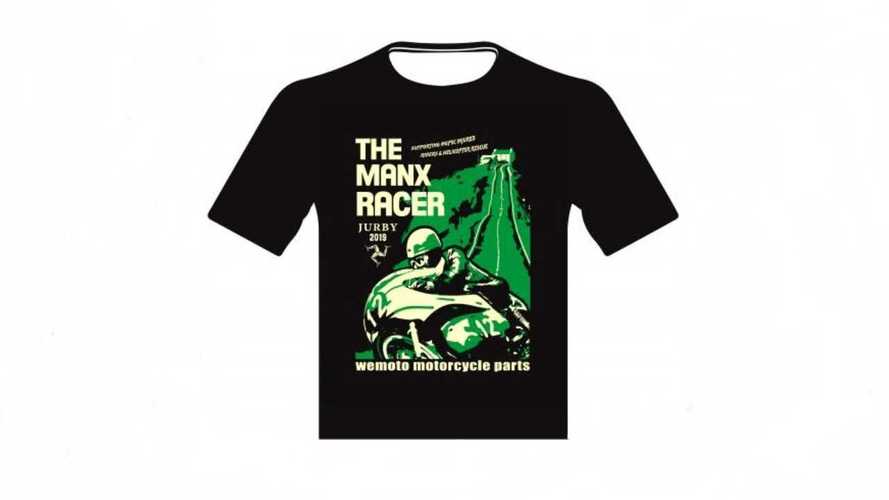 Show your support for the Isle of Man helicopter ambulances with a super cool shirt.

The Isle of Man is a dangerous place to race. During every event, there are helicopters in the air: the white helicopters are filming the event, and the black helicopters are the “ambulances,” there to transport injured riders to the nearest medical facility (at least, that is the way it was when I was there in 2011). The helicopters are provided by the Manx Grand Prix Supporters Club. This support needs funding and that is where the Isle of Man VMCC comes in.

EXPERIENCE THE ISLE OF MAN

The Isle of Man Vintage Motor Cycle Club (VMCC) hosts the VMCC Manx Rally at the end of August every year. It is one of the largest vintage motorcycle rallies in the world. The Festival of Jurby takes place in the middle of that rally week, during which more than 10,000 spectators visit the island to drool over more than 5,000 vintage motorcycles and other historic vehicles. It is during this week that the Isle of Man Classic TT and Manx Grand Prix races run.

Every year, the Festival of Jurby raises money to support the helicopter ambulances and injured riders’ fund. For the last four years, WeMoto (a UK-based internet motorcycle parts store) has sponsored this event and has since raised over £65,000. The fundraiser has been supported and endorsed by people like TT race legends Guy Martin and John McGuiness. This year they’re selling t-shirts, hats, bottle openers and pins. The shirt designs change every year, and for 2019 feature a vintage motorcycle roaring past Kate’s Cottage, a historic building on the Isle of Man mountain course.

Tickets for the Festival of Jurby as well as the whole week-long rally are currently on sale, so if you are too late to attend the TT you can certainly attend the VMCC Manx Rally this August.

The helicopters are expensive to maintain and to pilot, but when a rider is down and so many roads are closed for races on the island, it is difficult to get to an injured rider, as well as to get that rider transported to a hospital, without them. The helicopter ambulances have saved a number of lives on the island, so this is a great cause to support. Go to WeMoto to buy your shirt and show off your support!