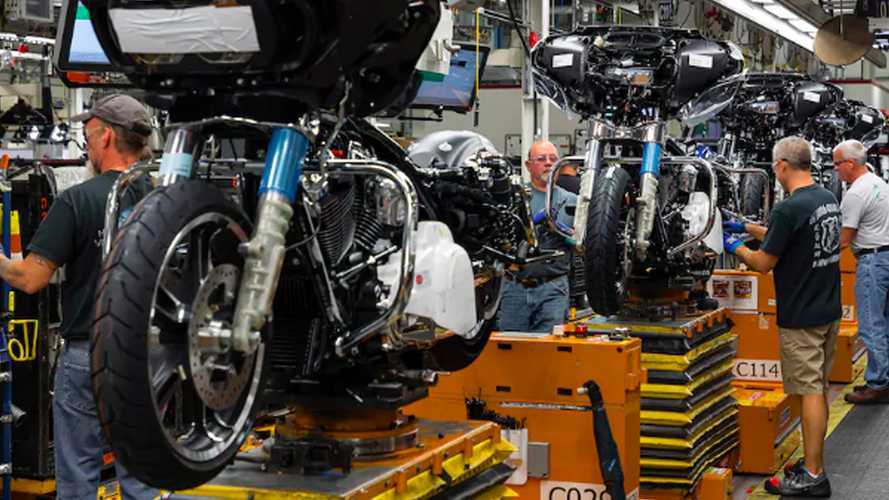 Far from the unsettled atmosphere Royal Enfield has been facing for the past year or so as workers are trying to form a union, the ambiance looks rather harmonious at Harley-Davidson’s. That could be about to change: the workers union’s contract has expired on Monday and the company's first attempt at settling the conflict has failed so it's back to the drawing board.

THE STRUGGLE IS REAL

The workers' union contract expired Monday at Harley-Davidson’s Wisconsin plant. The problem is: employers and employees haven’t come to an agreement yet. The company reached out to its workers with a proposed contract which was voted on and rejected by a majority of the members.

On Tuesday, Harley and United Steelworkers came to the temporary agreement to extend the expired union contract through April 14, while negotiations are underway.

While workers started protesting against the status quo during their lunch breaks, according to WTMJ, an anonymous source commented that there is no talk of strike at the moment. Workers are currently offered the same conditions as the ones honored under the previous contract until they can finally come to an agreement. The source also added that according to them, the contract had been rejected not because of the money, but rather because the verbage in the updated agreement was "very bad" when it came to certain issues. "It's basically the same contract with a couple grains of sugar on it."

A number of factors are contributing to the workers’ unrest. Last year, Harley-Davidson announced it would cease activities and shut down the Kansas City plant—though it promised to keep the Menomonee Falls one active. This combined with the whole Trump tariffs debacle, the new Thailand plant, and the company facing an eight-year sales low are adding up and making workers worried about their future with the company.

On its end, the company said it was disappointed that the offer had been turned down. It judges the new contract generous, explaining it offered a pay raise over the course of the five-year agreement, a signing bonus, enhanced pension plans, and while it suggested no changes to the health care plan, two separate incentive plans were introduced.

Monday, April 1, 2019 marked the end of a comfortable, seven-year agreement implemented in 2012 between United Steelworkers of America Local 2-209 and Harley-Davidson corporate. The last agreement froze the salaries for the duration of the contract, with pay raises and higher health care expenses, and allowed for the hiring of seasonal (temporary) employees.

There is no mention of the contention points between the union and the company and what parts are being negotiated, but as of today, workers are out of a union contract with their employer.