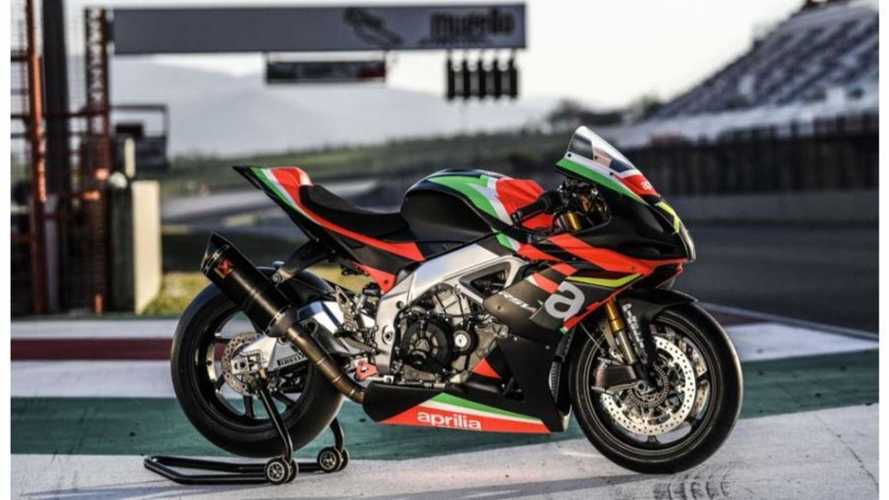 And you thought the RSV4 1100 Factory was fast.

The RSV4 1100 Factory is one heck of a beautiful, capable sportbike, but Aprilia have decided to release a limited edition that ups the REV4 performance even more.

SO ITALIAN, SO PRETTY

The “X” version ships with a full titanium Akropovic exhaust, forged magnesium Marchesini wheels shod in Pirelli racing slicks, a wholly different gas tank, lots of parts upgraded to aluminum, and some unspecified “SBK inspired” engine upgrades. All of these upgrades and weight savings add up to a bike that weighs in at 165 kg (that’s 372.5 lbs) and puts out 225 peak hp. Oh, my.

While the current RSV4 Factory comes in any color you’d like as long as it’s “Atomico 6” matte black (though it is gorgeous) the limited edition X comes draped in a really stunning Italian race livery.

The very coolest part, though, is the ANN gearbox–the branded “Aprilia No Neutral.” It takes neutral out from between first and second and puts it at the bottom; the rest of the gears are an upshift. Is this an upgrade over GP shifting? Will other manufacturers follow suit? It is pretty fascinating.

If you’ve suddenly fallen in love with this track beast you’ll need to get in touch with Aprilia Racing directly to reserve one of your own. We can’t promise it’ll be cheap to import, but if you’re after a $45K track bike that’s probably not your biggest concern. Once it’s in the states, though, can we get a ride?