Marc Marquez Makes For The Mountains On A Motorbike 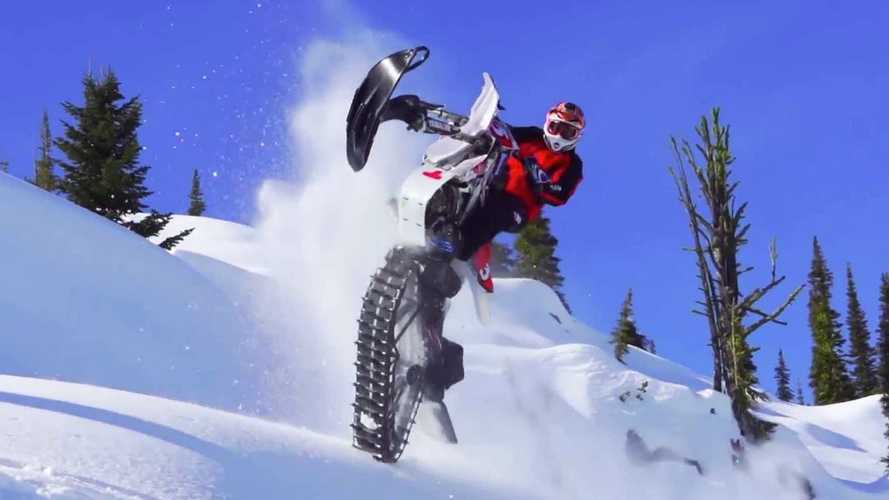 Superstar MotoGP racer soothes his motocross soul riding in the mountains on a snow bike.

Marc Marquez is fast. Faster than most people and faster than many of his MotoGP peers, most of the time. This is not news, but this story is, and it’s also a damn good time: last week, Marc Marquez rode a snow bike!

THERE'S SNOW TELLING WHERE YOU CAN RIDE:

Now this event is not to be mistaken with Mr. Marquez’s 2017 foray onto the snow atop his own Repsol racer. This latest two-wheeled adventure was on a modified dirt bike—more like a dirt bike/snow mobile hybrid. These versions of snow bikes (because there are many) have a ski out front and a tank-inspired tread out back. They can grip and slide—exactly what you need on a surface that is not known for traction but very much inclined to be hiding many surprises like roots, rocks, ruts, even small rivers. Oh yah, and they also go fast.

How did Marquez like the experience? He hasn’t yet returned my call, but from what I saw on his Instagram he had a great time.

Marquez works hard, but he knows how to have fun, and masterfully, he often combines the two. Unfortunately, a shoulder injury from last season kept him from his favorite type of training—motocross racing. Thankfully, his doctor might not have known to include snow-riding on the exclusions list.

The racer has himself described off roading as one of the ways in which he developed and has continued to maintain an aggressive, adaptive technique, one that has helped him excel at responding to the two main fluctuations—wet and dry—that come up in road racing. On a dirt course, the conditions are always changing which is why the motocross track is where Marquez keeps his reflexes sharp and his enthusiasm piqued. Riding on snow is just another thrilling crack at controlling the uncontrollable. It’s what MotoGP riders do best, and Marquez, a little better.