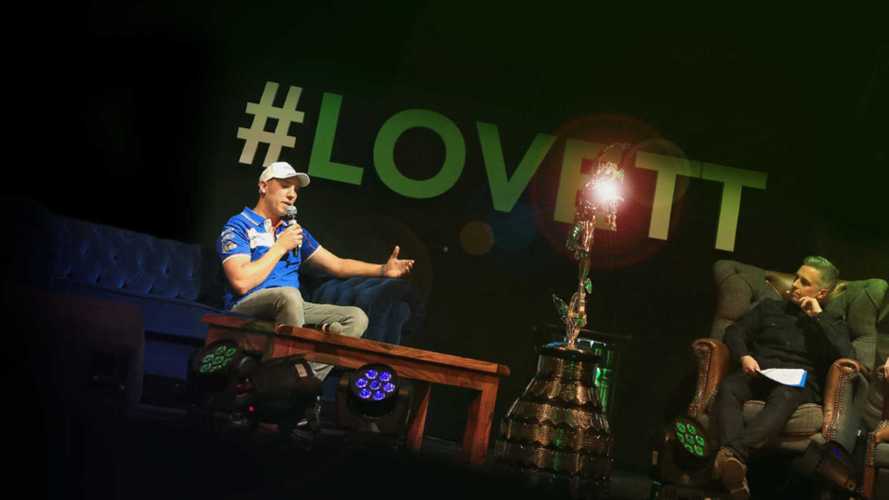 You're going to want to watch this...

The 2019 Isle of Man TT Season is about to begin, and you can watch the official launch event right now!

The event is happening at the Villa Marina at 8PM IoM time, which is 2PM Eastern US time; you can extrapolate your own time zone from there. If you miss the event you can look it up along with all kinds of other information about the Isle of Man TT on their official website: https://live.iomttraces.com/

The Villa Marina is a theater located in the town of Douglas which, if you’ve ever been there, is the central “downtown” off Harris Promenade, which is packed full of residences and shops on one side and looks out over the Irish Sea on the other.

The kickoff will include interviews with participants in the Isle of Man TT races such as Dean Harrison, Peter Hickman, John McGuinness, Ian Hutchinson and Conor Cummins.

This event serves as the official launch of the TT racing season but also the entirety of the 2019 road racing season, with riders’ interviews and announcements about team rider and factory match ups, the riders’ past accomplishments and future hopes. They will probably (generally do) tell some behind-the-scenes stories which will certainly entertain.

While a plan to attend the 2019 TT season, especially if you’re on the wrong side of the Atlantic, might be a bit too ambitious at this point, you might want to follow this season beginning with this kickoff in order to plan your attendance in 2020. Viewing the Isle of Man TT races in person, on the island, should be on every motorcyclist’s bucket list. It is so much easier with the advent of the internet and online booking. Collect your camping gear, reserve a motorcycle somewhere in Europe, make your flight plans and ferry reservations and get over there. It is so very worth it.