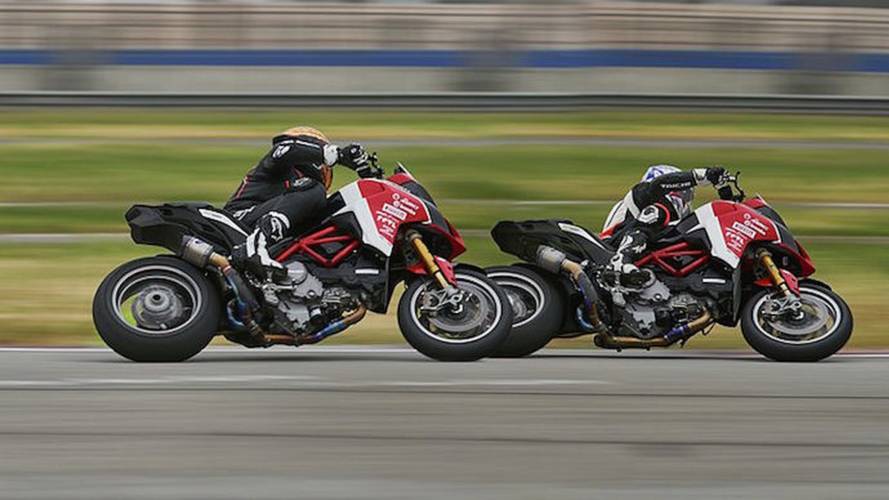 The Pikes Peak Race Day is coming up, and here's who to watch!

Pikes Peak is a 14,000-foot mountain summit just west of Colorado Springs. There’s a paved auto road that goes all the way to the top, so you can certainly drive up it, but not on June 30th, 2019; that is race day!

The 12.42-mile road to the top, though fully paved, is loaded with precarious switchbacks – 156 corners in all. The first race to the top happened in 1916. The winner made it there in just a hair under twenty-one minutes (in a Sturtevant Romano Special, a beautiful old open-wheel race car). The current motorcycle hill climb record-holder is Chris Fillmore, who made it from the bottom to the top in 9:49.625 on a 2017 KTM Super Duke 1290 R in 2017.

This year’s lineup of riders and bikes looks like a super fun one! There are four divisions in which motorcycles can race:  lightweight (up to 500cc), middleweight (501-850cc), heavyweight (850cc and above) and exhibition powersport. The heavyweight division used to cap out at 1300cc, but that limit has been lifted, so electric motorcycles can now compete in the heavyweight as well as the exhibition division.

Fillmore, the current record-holder, will be riding a KTM 450SX-F in the lightweight category. If he breaks that record, he will be the first person ever to hold records in all three internal-combustion divisions.

As we reported on previously, Rennie Scaysbrook will be riding an Aprilia Tuono V4 1100 Factory. Last year he finished .069 seconds short of a first-place victory, so that will be a ride to watch.

Cory West, a 15-year professional roadracing veteran, will be competing at Pikes Peak for the first time on a 2020 Zero SR/F.