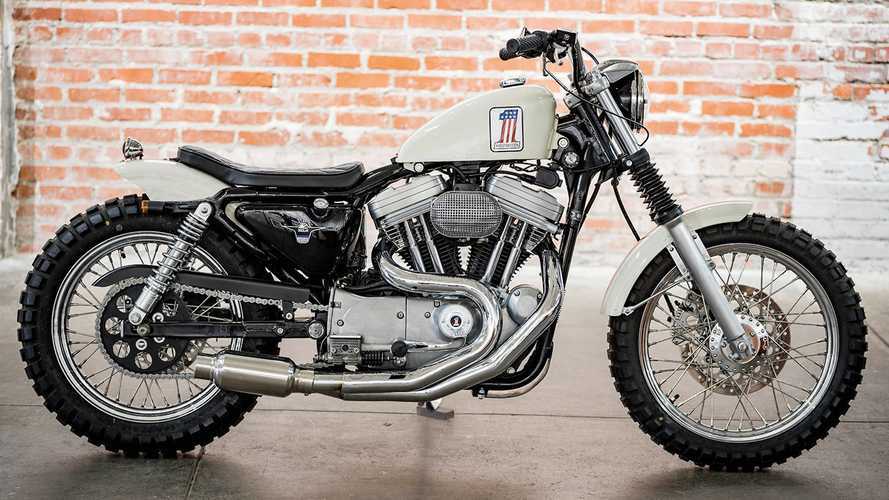 At this point in time, if you have even just a little interest in motorcycles, you know that Harley-Davidson has big plans in the upcoming years—including broadening the spectrum of customers. By that, I really mean that the company is planning to target younger potential buyers. How do you refresh a century-old brand without losing the DNA that made popular in the first place? You should check out the work of Greg Hageman on this Sportster, because that’s how.

Greg Hageman is custom royalty. He’s been at it since the 90s and has rolled out some truly iconic customs and has done spectacular numbers on numerous Yamahas. One of his most recent project, however, is a Harley and while I’m not usually one to drool over a the old-school brand, they do say there’s a first time for everything.

This bike started its life as a 1995 Sportser, initially modified with stupid ape hangers and other wannabe customizer shenanigans. At the masterful hands of Hageman, however, the revived XL1200 Sportser custom is even sexy. This time, he had carte blanche with his design—this is a bike he built for himself.

The design includes a set of flat track handlebar, a 2-in-1 exhaust system, stainless steel spoke wheels, a skidplate, a side-mounted speedometer, and knobby tires. Hageman also disassembled the engine and the gearbox which he then proceeded to rebuild them entirely. The same was done on the front suspension while at the back, nitrogen-charged shocks provide support.

The result is a gorgeous custom with a bit of H-D DNA and a lot of sex appeal. Hageman is so good in fact that some of his designs have even inspired manufacturers —I hope H-D takes notes because if you ask me, this is the kind of look the brand could go for its much desired “younger audience”. Too bad this one is for Hageman’s collection, that’s one Harley I wouldn’t mind taking out for a spin.