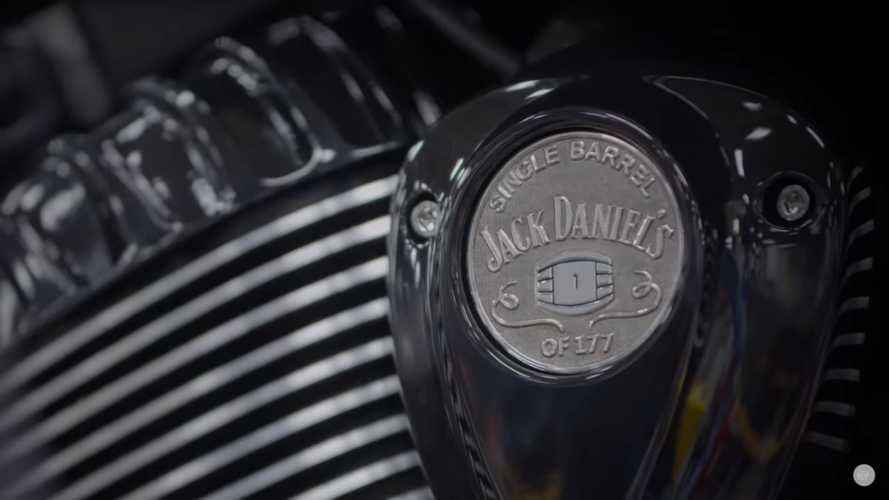 Indian Motorcycles and Jack Daniel's distillery have been close business partners for the past several years. With the help of Klock Werks Custom Cycles, they have released a number limited-edition Jack Daniel's brand models. on Thursday, the Milwaukee Business Journal reported that this trend will continue for 2019.

This will mark the fourth year that the companies have worked together in an unlikely, yet appropriate partnership. In 2016, they built 150 unique Chief Vintage and Springfield motorcycles to commemorate Jack Daniel's 150th anniversary. For 2017, they released an even more limited run of 100 Chieftains. Then, last year, they built 177 Scout Bobbers.

"For the fourth consecutive year, the two iconic American brands have joined forces with Klock Werks Kustom Cycles, and this year they will pay tribute to those passionate craftsmen with an ultra-premium limited edition motorcycle inspired by Single Barrel Select, Jack Daniel's most finely crafted whiskey offering," says the announcement on Indian's website.

This video provides absolutely no details about what this year's special whiskey bike offering will be. It does say that the details will be released on March 9. Also, the video is titled "Part 1: The Barrels." This implies that additional parts may be coming, leading up to the unveiling in two weeks. Will these give away any details to tease us, or will they play their hand close to the chest, not giving us any clues? We'll have to see. Either way, we'll know what's up on March 9.