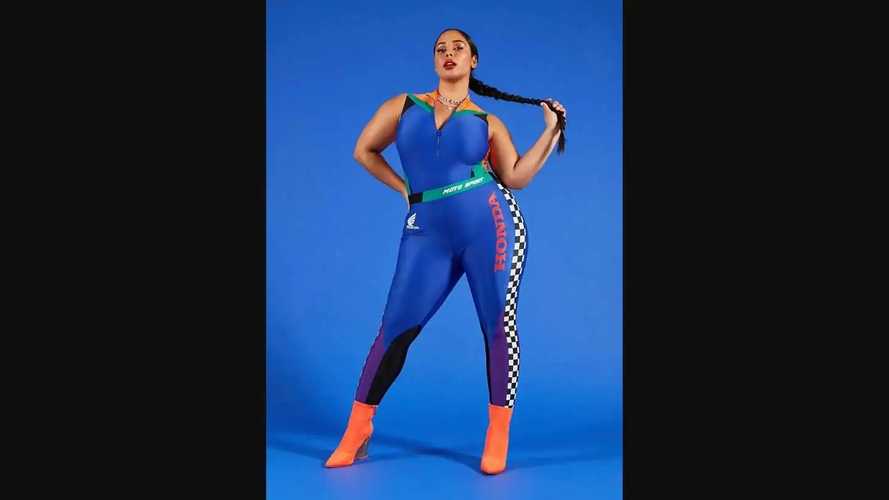 If Forever21 can be classified as "High Fashion."

As another in a series of events that make me feel old, I bring you that mall store you walk past but never enter, “Forever 21.” Purveyors of cheap clothes for kids, displayer of confusing fashion in the front windows, they have apparently secured the rights to the Honda Powersports logo and designs and are continuing to market clothes to kids that look like Honda dirtbike gear.

Teach Kids To Ride And Wrench Thanks To This Scholarship

There’s an old adage that says fashion comes back around every 30 years or so, and as much as most of us don’t want to admit it, this is a testament to that. These pieces are so very 90s.

The good and surprising news here is that there are way more pieces in girls’/women’s sizes and styles than men’s. That is probably because girls and women shop at Forever 21 and boys and men, as a rule, shop there less often. But it's still surprising to those of us who are used to one or two pieces of women's clothing in a sea of men's motorcycle gear.

I will be the first to admit that I do not understand teenagers, and I do not know if this is the kind of thing that (listen to me, here; even I am rolling my eyes) kids would wear these days. Would they? Would yours?

Honestly, I kind of hope this keeps up. There are some pieces in this most recent lineup that, while I cannot imagine where I would wear them (spoiler: I wouldn’t wear them at all) I totally love. The spandex onesies and the checkerboard Honda logo stretch pants? Hell yeah. Their models are fierce, the colors are spectacular and the photography is fantastic. That model up there? I chose her on purpose: when I opened that picture she made me say "Oh F yes!"

Do the kids doing the shopping know what the logo even means, though? Maybe it’ll inspire them to look into Honda motorcycles, or any motorcycles at all. The industry sorely needs younger riders coming into the fold, since so much of the cohort is aging out of the sport. Every news report we hear about the state of the industry includes numbers that tell us motorcycle riders are, on the whole, getting pretty old, and younger people, on the whole, just aren’t interested. Were I a Honda executive, I would be doing things exactly like this: stuffing logos onto fun, colorful clothing in the ridiculous mall stores where kids shop the most.

I hope none of them think that this stuff is anything close to proper motorcycle gear, however. Like a Wilson’s leather jacket, it may look the part but the construction is fast-fashion level and not built for any sort of protection.

Will this line continue? Will it hold up and inspire a new generation of dirtbike riders who then become road motorcyclists? I’m asking too much, I know, but I have hope.