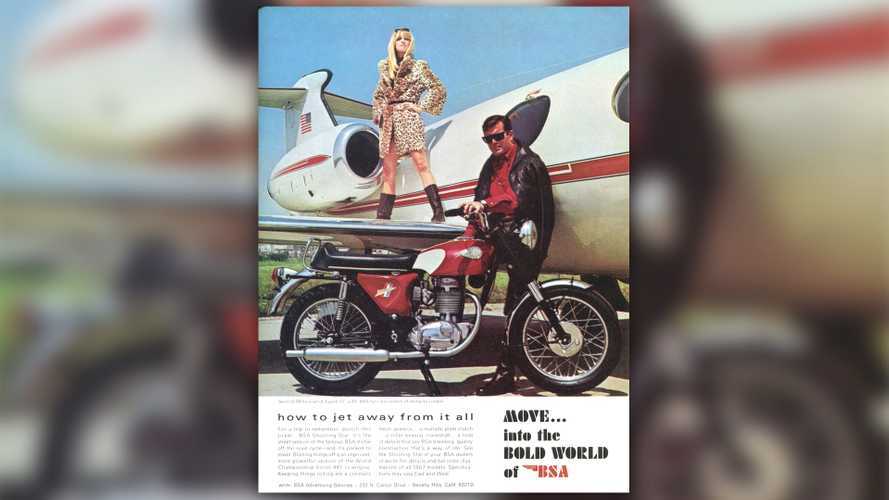 There's no such thing as a free bike.

What's your dream bike? What's the one bike that you'd do anything for, no matter how harebrained? For me, it's always been the BSA Lightning. To be honest, my dream bike has always been any BSA, but the Lightning loomed large in my imagination as the Britbike performance machine and the raddest bike ever. I've had an aching need for one since I started riding 20 years ago, but for some reason, they've always seemed unobtainable. Well, friends, this weekend I finally achieved my dream and got my hands on a gen-yew-ine BSA A65 and, whew, it sure is something!

I'm not gonna lie to you here, it needs work. Also, it's not exactly a Lightning. It's more Lightning-ish. Lightning adjacent, if you will. It's still a BSA though, so it's still awesome. What's the story with it? Well, this particular machine started life (I believe) as a 1968-ish A50 Royal Star. It was part of a collection that was lost a few years ago in a garage fire. While this bike was never actually on fire, it was still heavily damaged by heat, smoke, and water during the blaze. Since it was the last mostly surviving part of his collection, the owner decided to completely restore it. Good plan? Great plan.

The owner called up our man Todd and hired him to do the work. He bought a '69 or '70 A65 frame off eBay (the original one annealed in the fire and was unsafe), an A65 dual-carb cylinder head, and some assorted odds and ends. Todd took it apart, built new wheels for it, and... it languished as these things often do. The original owner lost interest in it so Todd shoved all the pieces in the back of the shop to make room for actual paying customer bikes.  Eventually, the A50's owner traded the pile of old parts to Todd for some work on another bike, and the poor thing was promptly forgotten.

Fast forward a few years to mid-January of 2019. I'm over at Todd's touching the old Britbikes and lusting after a pristine, show-room-condition '79 KZ650 he picked up when I mention that I've always wanted a BSA. Todd goes, "I have one you can have!" I was like, "Where?" 'cause all I could see was a pile of Triumphs, Royal Enfields, Nortons, and Todd's weird-ass Panther. "The tank's up there, there's the frame, the wheels are at the other shop, here's a box of transmission parts..."

I was instantly in love. Todd just gave it to me, with the caveat that if I ever decided to quit working on it that I'd return the wheels (they're the only thing of real value in the whole collection of parts). I finally brought it home this weekend stuffed into my trusty old Saturn, and now I'm the owner of a collection of parts that'll one day be a BSA Lightning.

So, what's my plan? Well, since the frame is an eBay special and the original A50 mill was destroyed in the fire (the pistons rusted to the cylinder walls and cannot be persuaded to come loose) I'm going to turn it into a parts bin Lightning. I'll pick up a '71 or '72 650 engine, get a 12v harness and a solid-state ignition system, replace all the soft parts, y voila! I'll have the bike of my dreams.

Will it work? Maybe! By bringing this thing home I've broken every rule I've ever set for myself (it's a "free", incomplete basket case that was in a fire) and I don't care. Like I said earlier, I've always wanted a Lightning and now I'm gonna build my own. Dreams really do come true, friends. Stay tuned!