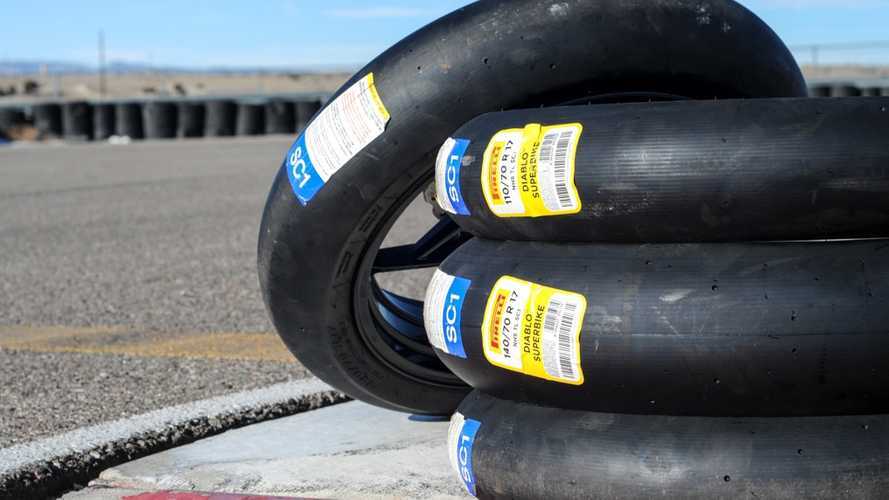 The recent explosion in smaller sport bikes in the 300cc class has been great for beginner riders who want sport bikes, experienced riders looking for an inexpensive track bike, and also for entry-level racers, but the small wheels on the bike sometimes make it tough to find decent dedicated track tires.

Pirelli Tires Interview: The Past, Present and Future of Pirelli

MV Agusta and Pirelli Team Up for Rubber Brutale Dragster 800

Pirelli has now introduced its Diablo superbike tires in smaller sizes to accommodate the smaller, narrower wheels on these bikes. They’ve developed a 110/70-17 front and 140/70-17 rear specifically for the 300 and 400cc sport bikes, in their SC1 compound. The formulation in the rear is unchanged from their other sizes, but the smaller front tire has been redesigned for improved handling and grip, probably to accommodate the lighter weight of the smaller bike.

Pirelli is the official tire supplier for FIM World Superbike Championship and has been for the past 14 years. This currently includes the 300cc class, so releasing the race-tested tire to the general public seems like a no-brainer. If trends continue, and I hope they do, smaller displacement motorcycles will be more and more of the market, so tires that fit them will be a gimme for these manufacturers.

A lighter bike doesn’t put pressure on the tires the way a heavier, more powerful bike does, so given the same compound, these tiny rockets won’t go through tires as fast as their piggier brethren. Of course, that lack of downward pressure can also mean less friction, and in a corner friction is your friend. Stickier tires on a smaller bike is the order of the day. The little bikes will perform better on a much stickier tire and Pirelli has graced us with some of the stickiest.