The Royal Enfield Continental GT and INT 650 Twins are one of the most hyped models introduced on the market. So much so that it didn’t take long for a custom bike shop to get its paws on an INT 650 (Interceptor in Europe) to build one sleek-looking custom Interceptor.

The work is that of British shop Old Empire Motorcycles (or, conveniently, OEM). The shop explains that it was actually approached by Royal Enfield to customize very first production version of the all-new INT 650—hard to turn that kind of offer down. The idea they were presented with was to enhance the existing features of the Interceptor, so that's what they did.

The team decided to clean the lines up by removing all the levers and buttons from the handlebar. Where’s the front brake, you might wonder (I know I did): the shop actually integrated it to the right foot pedal meaning that it is now simultaneously engaging both the front and the rear brake. The clutch lever has been replaced with a twist grip system. The look is bare and weirdly minimalistic: no wires and levers poking out. All you see is a simple, almost BMX-like handlebar poking out of the front, like two antennas.

The “donor” Interceptor was stripped down and built back up—a process that was surprisingly easy to achieve according to the team. The star of the show, Royal Enfield’s brand new 648cc, twin-cylinder mill rated 47 hp, remains untouched. Stripping the bike of all the “extras”, including the mudguards and the headlight, has given the block at the center of the bike a very strong presence. The mill is underlined by a pair of short, golden exhaust pipes that play nicely on the other golden accents on the tank, suspension reservoirs, and drive chain.

The INT’s wire wheels have been fitted with a set of Metzeler Racetec tires. The seat has been replaced by a new flat saddle clad in red, diamond-stitch leather. The engine covers have been painted and customized leather side plates decorated with a golden orb have been added to evenly fill in the gap below the saddle.

The result is bare and elegant that will make you look at the INT 650 in a different light. Plus, you have to admit the mini film that goes with it is pretty awesome. Even the Crocs-wearing policeman. 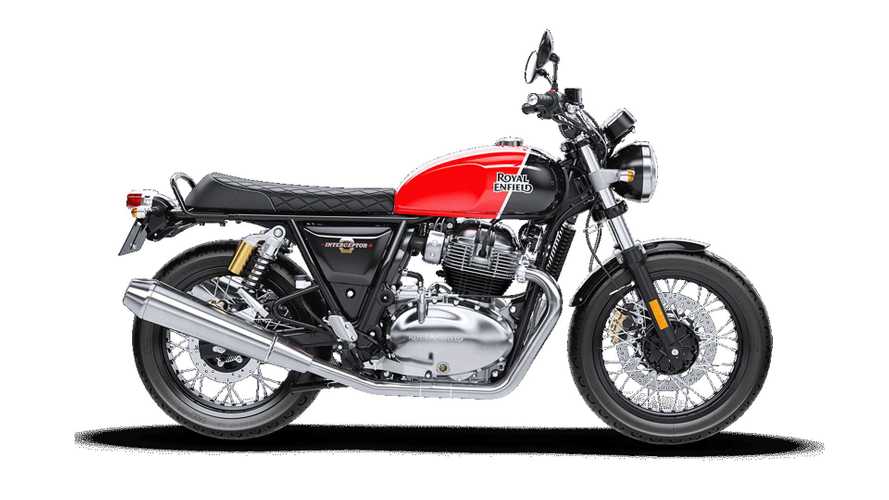