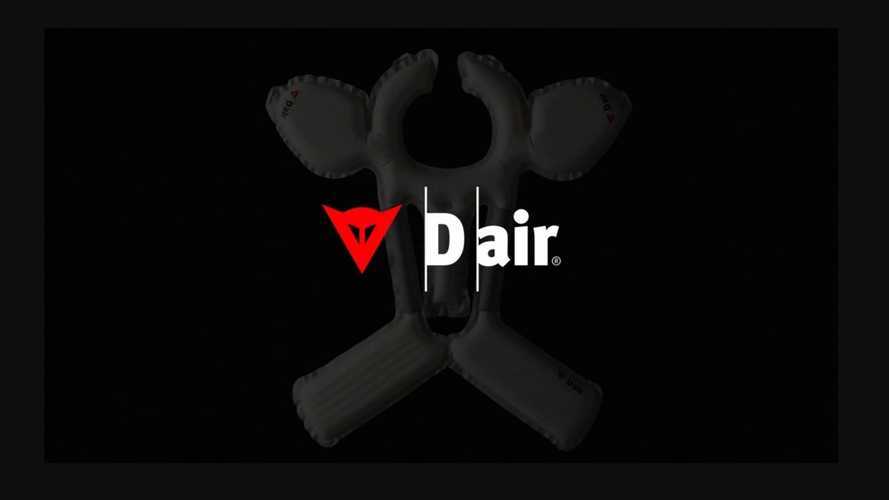 A-Stars is NOT going down without a fight!

As we previously reported, Dainese recently won its litigation against Alpinestars in Germany. Alpinestars might still be fighting though, because they have issued a press release detailing everything you might have missed about that decision.

WHAT ARE WE TALKING ABOUT HERE?

How It Works: Modern Airbag Suits

Since you definitely read the last article here on RideApart, you didn’t miss any of these details, but Alpinestars wants to make sure they’re very clear about all of the intricacies anyway, because not all reports are as thorough. The German court definitely ruled in favor of Dainese here, and A-Stars’ newest press release lays out some clarifications.

While Alpinestars’ Tech-Air® vest infringes upon patent EP 2 412 257 B1 held by Dainese S.p.A., said infringement does not involve “the electronic management, algorithm, or deployment mechanism, or any other part employed within Alpinestars entirely unique and advanced Tech-Air® technology.”

The company also stresses that, as we noted, this only applies to the Tech-Air® vests sold in Germany and nowhere else. The ruling “has no bearing” on the Alpinestars vests sold anywhere else in the world.

Specifically, the single contested patent has to do with “the general installation of an inflatable air bladder construction within a ‘pocket’ of a garment, featuring elastic panels,” and that is the single claim upheld in a German court and the feature upon which all of the sales of all of the Tech-Air® vests in Germany hinges. The court has not yet served its written judgement, and it seems from the press release as though Alpinestars is waiting for that, to study it and pick it apart and see if there’s any wiggle room before making any decisions or taking any actions.

A-Stars ends its press release on a bit of a defensive note, saying “Tech-Air® is the world’s first airbag providing full upper torso protection in a transferable vest which incorporates a completely independent electronic management system, with no reliance on any external devices (sensors or GPS), to give accident detection and full airbag inflation before the first impact, dual charge for the track and off-road capability.” They may have unknowingly infringed on one little patent but certainly their technology is singularly innovative, right? Right?

On February 7, 2019 the Higher Regional Court of Munich issued judgment upholding the claim that Alpinestars’ Tech-Air® vest infringes upon patent EP 2 412 257 B1 held by Dainese S.p.A.

Furthermore, this judgment is limited to the territory of Germany only. It has no bearing on any other territories within Europe or the wider world market where Tech-Air® is available throughout Alpinestars’ Dealer network.

Originally Dainese alleged infringements based on three patents in Germany, none of them refer to Tech-Air® technology: one complaint was withdrawn by Dainese on 22nd December 2016, relating to patent EP 2 373 188, after this patent was revoked by the European Patent Office. The remaining two patents have been contested in Germany. The second, EP 2 373 190, concerning only some specific features of the air bladder used in the Tech-Air® vest, was wholly annulled by the German Federal Patent Court on 15 May 2018. Dainese appealed this decision.

The third, EP 2 412 257 B1, concerning the general installation of an inflatable air bladder construction within a ‘pocket’ of a garment, featuring elastic panels, is the point on which the patent infringement claim was upheld last week. As soon as the Court serves the written judgment, Alpinestars will study the details prior to taking any decision on its next steps.

Alpinestars needs to point out that it has an appeal pending on the validity of this patent (EP 2 412 257 B1) within the German Federal Court of Justice.

As consistently stated throughout this legal process, Alpinestars fully respects and honors third parties’ intellectual property rights and expects the same with respect to its own IP rights. Alpinestars’ highly innovative Tech-Air® products are based upon years of its in house research and development conducted by its own team of leading research and development staff.

Since the very beginning of the Tech-Air® project, which commenced in 2001, the freedom to ride with the most advanced innovations of performance protection has been the objective relentlessly pursued by Alpinestars and the result is uniquely advanced and capable technology. Tech-Air® is the world’s first airbag providing full upper torso protection in a transferable vest which incorporates a completely independent electronic management system, with no reliance on any external devices (sensors or GPS), to give accident detection and full airbag inflation before the first impact, dual charge for the track and off-road capability as demonstrated in the 2019 Dakar Rally.