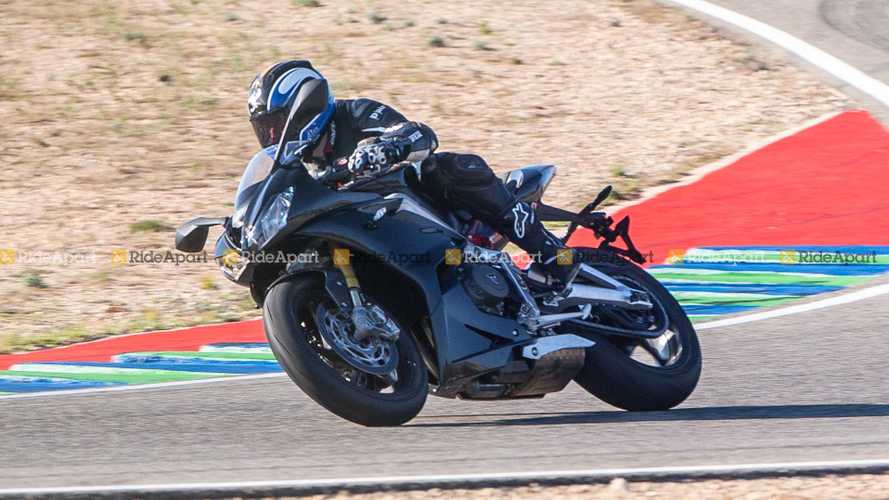 I spy with my little eye.

The Daytona 675 has been missing from Triumph’s lineup since 2018: the 675R spec model quietly disappeared without a trace, victim of the unforgiving European emission standards. We had the feeling, however, that it wouldn’t be goodbye forever. With Triumph’s 765 inline triple mill becoming the new Moto2 standard and a new Daytona trademark filed, the pieces of the puzzle were in place: we were seemingly getting a new Daytona. The bike has now been spotted being tested in Spain which means that the return of this sportbike royalty is imminent.

A LOT TO LOOK FORWARD TO

It looks like Triumph is getting ready to welcome the Daytona back into its ranks. A seemingly unchanged Daytona test mule propelled by Triumph’s 765 engine was spotted making the rounds in Spain, confirming the theory that the sport model is expected back on the market sooner rather than later.

The days of the full-faired Triumphs have come and gone. After a series of more and less successful sport models, Triumph introduced the Daytona 675 in 2006 as an evolution of the 650. The model became an overnight sensation, mainly thanks to its inline three mill that easily filled the low and mid-range torque gap left by the go-to inline fours. With its head-turning European styling and performance numbers to match, the Daytona became a fierce competitor in the aggressive sportbike segment.

In 2011, Triumph introduced the 675R that took everything the entry-level Daytona did well and elevated it with racing components, painted accents, and carbon fiber. After a successful 12-year run on the market, the standard 675 was removed from the showrooms in 2016, followed by the R two years later: the 675 cc mill wasn’t Euro4 compliant and a change was needed.

In the meantime, Triumph introduced the 2017 Street Triple with a brand-new 765cc inline three engine—Euro4-friendly of course. In 2018, a tuned version of 765 made its way into racing when Triumph became the official Moto2 spec engine provider.

At that point, it was only a matter of time before the engine found a second application in the Triumph lineup and it seems like the Daytona will be it. There is no say when the model can be expected back on the market, but a 2020 model-year unveiled later this year is the most likely scenario.