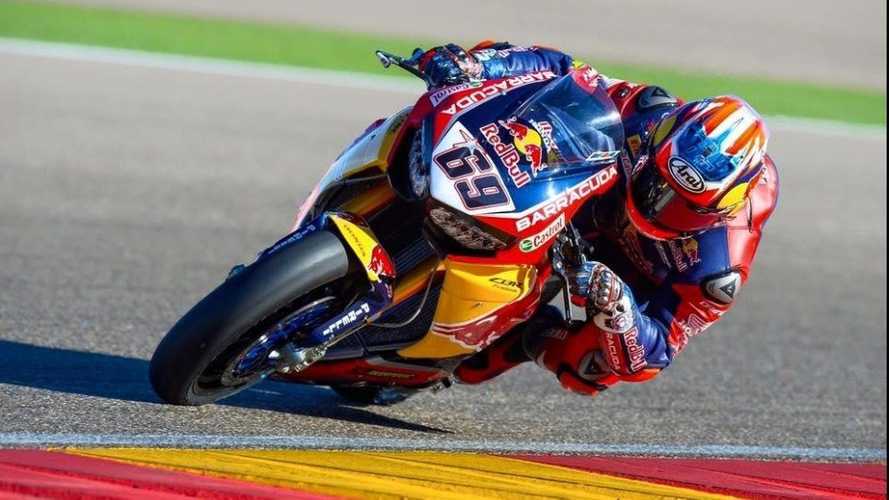 As a tribute to the Kentucky Kid, his number will be retired this April at the Grand Prix Circuit of the Americas

I don’t know about you, but I still get kind of weepy when I think about Nicky Hayden. I still can’t believe he’s gone—he was too young, too successful, too nice. In fact, he was known as the nicest guy in MotoGP. “The Kentucky Kid” will never be forgotten in the sport he loved. Fittingly, Dorna Sports, which holds the exclusive commercial and television rights for the FIM Road Racing World Championship Grand Prix (MotoGP), is retiring Hayden’s number 69 from premier Grand Prix in April, 2019, at the Red Bull Grand Prix of the Americas, in Austin, Texas.

Hayden started out as a dirt track rider at the age of five, then raced minibikes, then moved on to 125cc 2-strokes, racing in the national club WERA, just a step below AMA. He turned to AMA racing as soon as he turned 16 years old. He earned the AMA 600 Supersport crown in 1999 and landed a spot on the Honda team. He won the 2002 Season AMA Superbike Championship, the youngest rider to win the Daytona 200. That win earned him a promotion to the Honda Repsol factory team in MotoGP.

The 2006 season is the one everyone remembers—his rivalry with fellow racer Valentino Rossi writ large as they battled for the MotoGP title which, of course, Hayden snatched from Rossi that year. He moved to the Ducati factory team in 2009, and after five years on the Italian marque, crawled back onto a Honda with the Aspar Racing Team. In 2016, he moved to SBK with Ten Kate Honda; Nicky passed away in 2017 in a bicycle accident.

He had a natural talent for the sport, of course, but that was coupled with a legendary work ethic: he was always testing, never complaining, and logging a ton of track time. He was a gentleman on and off the track and his fans loved him for it. Heck, we still do.

"What a great honor it will be for Nicky’s #69 to be retired at Austin,” said Earl Hayden, Nicky's father. “It is very fitting that it will be done at the US race as these races meant so much to Nicky and he looked forward to them so much every year. For myself in particular this will be very special event because the #69 was my number when I raced and I was very proud to see Nicky run the #69 on his bikes for his entire career. On behalf of my entire family, I would like to say a special thanks to Dorna for honoring Nicky in this special way along with the many other gestures they have done to support us through the difficult times.”