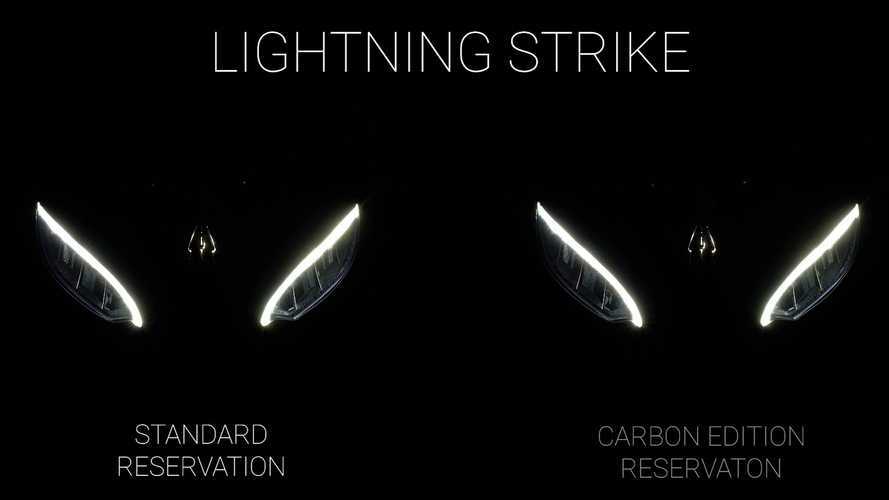 Would you reserve a bike prior to its launch?

Lightning is currently allowing US customers to reserve their spot in line prior to the official launch. Reservations for the motorcycle are fully refundable. The manufacturer is offering two versions of the bike: Standard and Carbon Edition. The latter is the standard bike fitted with all of the available upgrades. The base retail price for the Standard Lightning Strike is $12,998. To reserve the Standard, you’ll need to drop a $500 deposit. For the Carbon edition, that deposit skyrockets to $10,000.

The Carbon Edition will be produced and delivered first, so if you need to be the first kid on the block with this nifty new toy you’d better send them a $10,000 check immediately. The Standard model will start production after Carbon Edition. Full product details won’t be available until the official Strike launch in March 2019, but here’s what we know so far:

Lightning claims that the new Strike has a 150-mile range, 150 mile per hour top speed, and 35 minute charge time. The Lightning website, which lists the prototype LS-218 superbike, 100-mile range, 200 horsepower, 168ft-lbs of torque at 10,500rpm, and a top speed of 218mph. Charging times reported on the website are method-dependent: 30 mins on a DC fast charger or 120 minutes on level 2 charger.

We don't yet know how much the production Strike will differ from the LS-218 prototype, so the difference in numbers between the prototype and the production bike may just be a result of more real-world testing.

We impatiently await further information from Lightning, especially given the maybe-too-good-to-be-true pricetag with those specs!

Lightning Motorcycles, manufacturer of the world’s most advanced electric motorcycles, is officially accepting reservations for the recently announced Lightning Strike - the world’s first premium mass-market electric motorcycle. Based on an unexpectedly high number of customer requests received after the initial Strike announcement, Lightning is now allowing US customers to reserve their spot in line prior to the official launch. Strike reservations are fully refundable and available in two versions:

+ Standard Reservation Strike has a $12,998 starting price and is configurable with options

Strike Carbon Edition is fully configured with every available option included and will be the first version of Strike to be produced and delivered to customers. The standard Strike has a starting price of $12,998 and is configurable with options and will start production after the Strike Carbon Edition.

Designed to shock the industry in every dimension, the all-new Strike is capable of a 150-mile range, 150 mph top speed and 35 minute DC charging. With an ultra-competitive starting price of $12,998, Strike offers more design, performance, range, and technology than any other electric motorcycle in its segment - without exception. Full Strike product details and unveiling will take place at the official Strike launch in March 2019.