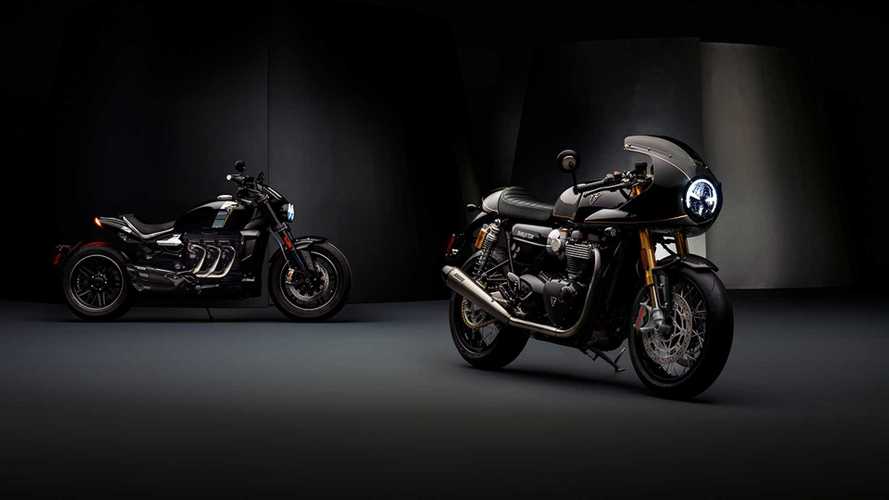 A new Rocket is coming!

The October 2018 annual Triumph dealers meeting was a bit of a mess: a number of pictures leaked from the event, giving us a taste of all the goodies we could expect to see come in 2019. One of the leaks hinted not only at a new limited edition model but also at a new Triumph division. The brand has now made it official and is introducing the Triumph Factory Custom with the launch of the Thruxton TFC, alongside the Rocket TFC Concept.

The Thruxton TFC is the carbon fiber-covered, bubble-faired black beauty we got to see early pictures of already in 2018. Based on the existing Thruxton R model, the TFC takes things a step further. While the differences between the standard Thruxton 1200 and the R revolve mainly around the suspension and brake settings and some minor weight reduction, the TFC means business.

The limited edition model receives a tuned up version of the model’s 1200cc parallel twin mill now rated at 107 hp and 85 lb-ft of torque, a 10-horsepower and 2.4-lb-ft of torque increase. The exhaust system has been specially prepared by Vance & Hines and features a titanium silencer and carbon fiber end caps.

The most striking feature is obviously the carbon fiber body, fairing, mudguard, and seat cowl. Combined with a lighter aluminum engine rail and battery, these premium lightweight components have allowed the TFC to shed a significant amount of weight—22 lbs to be precise. The blacked out look is completed by a set of black anodized wheels, a black engine cover, black Öhlins shocks—black everything. No, you can’t get it in red.

Stopping power is provided by a set of Brembo 4-piston callipers mounted on twin Brembo 310 mm floating discs at the front and Nissin 2-piston calliper teamed with a 220-mm disc at the back—the same setup as the Thruxton R. The Showa front fork has been swapped for an Öhlins adjustable inverted fork while the rear suspension remains untouched, support provided by a set of adjustable Öhlins twin shocks. The Thruxton TFC offers three riding modes (Rain, Road, Sport), ABS as well as adjustable traction control.

Standing in the Thruxton TFC’s shadow, minding its own business is the Rocket TFC Concept—note the use of the term “concept”. What this means is that the Rocket is using the “TFC” branding like a mask the same way Superman uses glasses to hide his true identity. TFC or not, we are looking at what is most likely the next-generation Rocket. Details on the model’s next generation will be unveiled on May 1.

As for the Thruxton TFC, only 750 numbered units will be produced and pricing for the special custom edition has been set at $21,500. 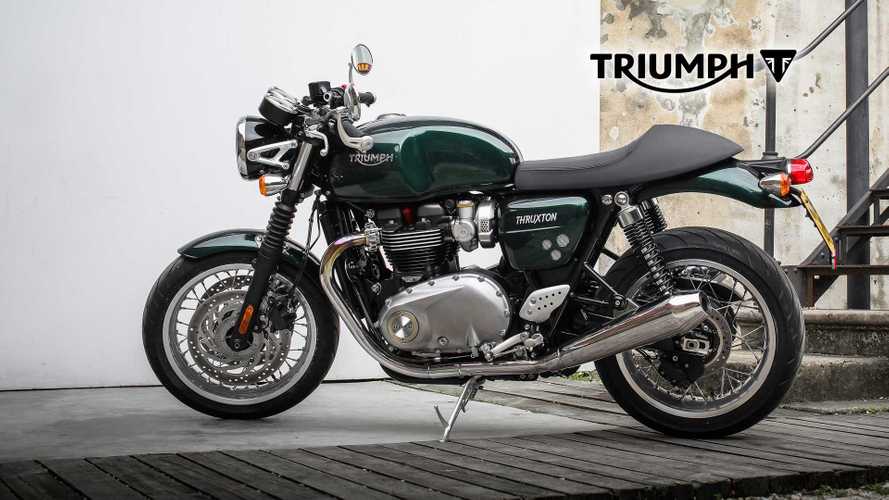